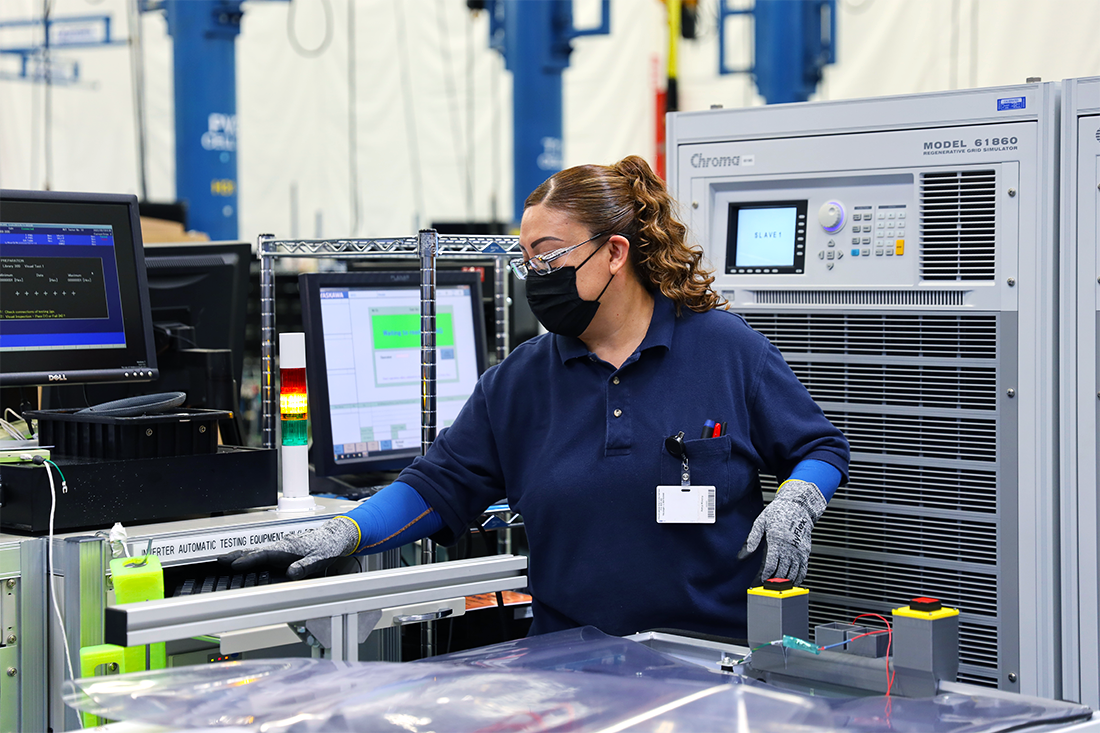 For decades, the United States was the undisputed global leader in clean energy technology, but in recent years, American production has fallen behind. Today, there is not a single solar ingot, wafer, or cell manufacturing plant in the United States and only limited capacity for many other solar inputs.

If the United States wants to achieve its energy security and climate goals while creating well-paying jobs in the clean energy economy, building a robust solar and storage manufacturing base here in America is non-negotiable. Most solar manufacturing capacity today is concentrated in Southeast Asia, creating a supply chain vulnerable to trade and political conflicts, not to mention environmental and social concerns. Additionally, American solar companies are increasingly demanding American-made products to sell to their customers, but our current ability to meet that demand is simply insufficient.

A new whitepaper by the Solar Energy Industries Association (SEIA), Catalyzing American Solar Manufacturing, examines the various tools at the United States’ disposal to change this narrative and put the country on course to build the clean energy products we need to support long-term deployment goals. At the heart of this plan is the Solar Energy Manufacturing for America Act (SEMA), legislation championed by Sen. Jon Ossoff (D-Ga.) that was signed into law last week as part of the Inflation Reduction Act (IRA). Strategically implementing this legislation will allow the solar industry to meet — or even exceed — its goal of building 50 gigawatts of domestic solar production capacity by 2030.

SEMA provides a long-term tax incentive for certain domestically produced solar components, from polysilicon to solar cells to modules, among other key inputs. Domestic manufacturers currently struggle to reach price competitiveness with overseas manufacturers who are often producing at a much larger scale. In response, the IRA provides tax credits, including SEMA and the Advanced Energy Project Credit, to incentivize private sector investments in U.S. manufacturing facilities and help close the cost gap between domestic products and imports.

Companies have been waiting in the wings for this moment. Manufacturers made clear that they needed a more stable policy landscape and smart industrial policy before investing in domestic manufacturing. With SEMA, groundbreakings for large-scale facilities are expected to start within the next year, eventually leading to the creation of tens of thousands of jobs in the United States.

Reliable demand for solar and storage products is also essential for companies looking to invest in manufacturing facilities. Because it can take several years for new facilities to come online, companies need to know there will be sufficient demand for their product in five to ten years. A long-term extension of the solar Investment Tax Credit (ITC), included in the IRA, provides this demand certainty and further incentivizes domestic production with a buildable ITC credit available for projects that meet domestic content requirements.

In addition, the IRA provides $500 million in funding for the Defense Production Act (DPA), which President Biden used to jumpstart domestic manufacturing in the wake of a baseless tariff case. The DPA declaration recognizes that securing the United States’ solar supply chain is a matter of national security and enables actions such as federal procurement, establishing project labor agreements, developing loan programs, and more.

It cannot be overstated that SEMA and other policies within the IRA entail the most significant clean energy industrial policy in the United States’ history. Through manufacturing tax credits, a long-term extension of the ITC, and funding for the DPA, this legislation can result in a surge in American-made solar and storage products.

Ensuring that the U.S. solar manufacturing industry reaches its full potential requires strategic implementation. This includes a focus on timing for bringing various components of the solar supply chain online. By expanding downstream production first, such as module manufacturing, and then backfilling upstream production of cells, ingots, and wafers, companies can ensure there is healthy demand for their products by the time facilities become operational. In the meantime, imports will continue to be necessary to ensure that downstream manufacturers have the necessary material supply.

For the first time in years, solar manufacturers have a reason to be hopeful about their industry taking off in the United States. The suite of policies in the IRA will close gaps in the U.S. supply chain, meet existing demand for American-made products, and improve price competitiveness with solar imports. With the IRA as the law of the land, the United States can be the global leader in clean energy technology once again.

To learn more about America’s path forward in domestic solar manufacturing, explore SEIA’s new roadmap, Catalyzing American Solar Manufacturing, the first in a series of industry strategy papers. The next report will focus on building a robust U.S. manufacturing base for energy storage equipment.