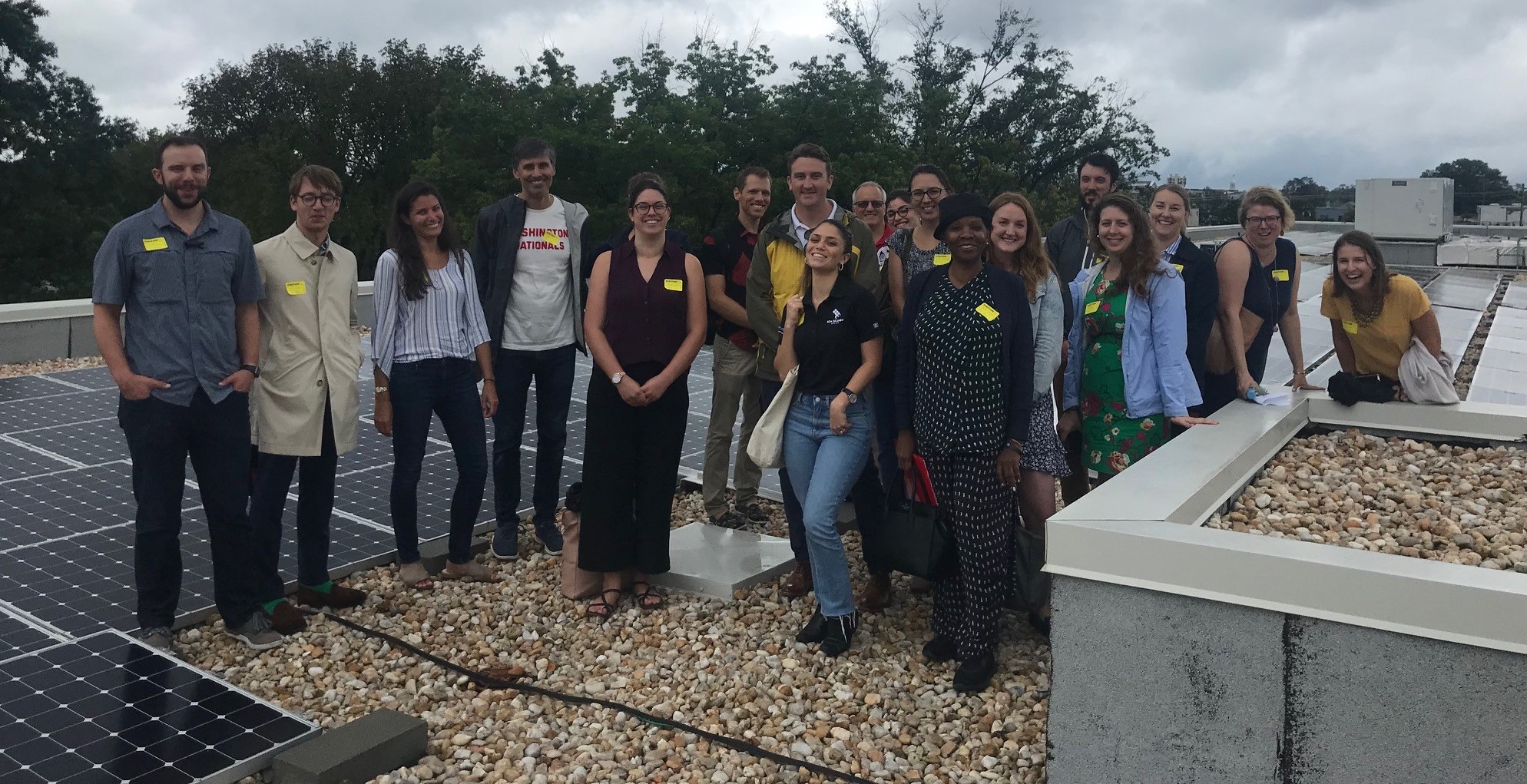 Last week, New Columbia Solar hosted a Congressional Solar Tour in Washington, DC where DC legislative staff and hill staffers from across the aisle and country had the opportunity to learn how solar can benefit communities and local businesses.

At the event, Congressional staff saw firsthand how business owners, school principals, and parish leaders are all using solar to cut electricity costs and boost the DC solar economy. 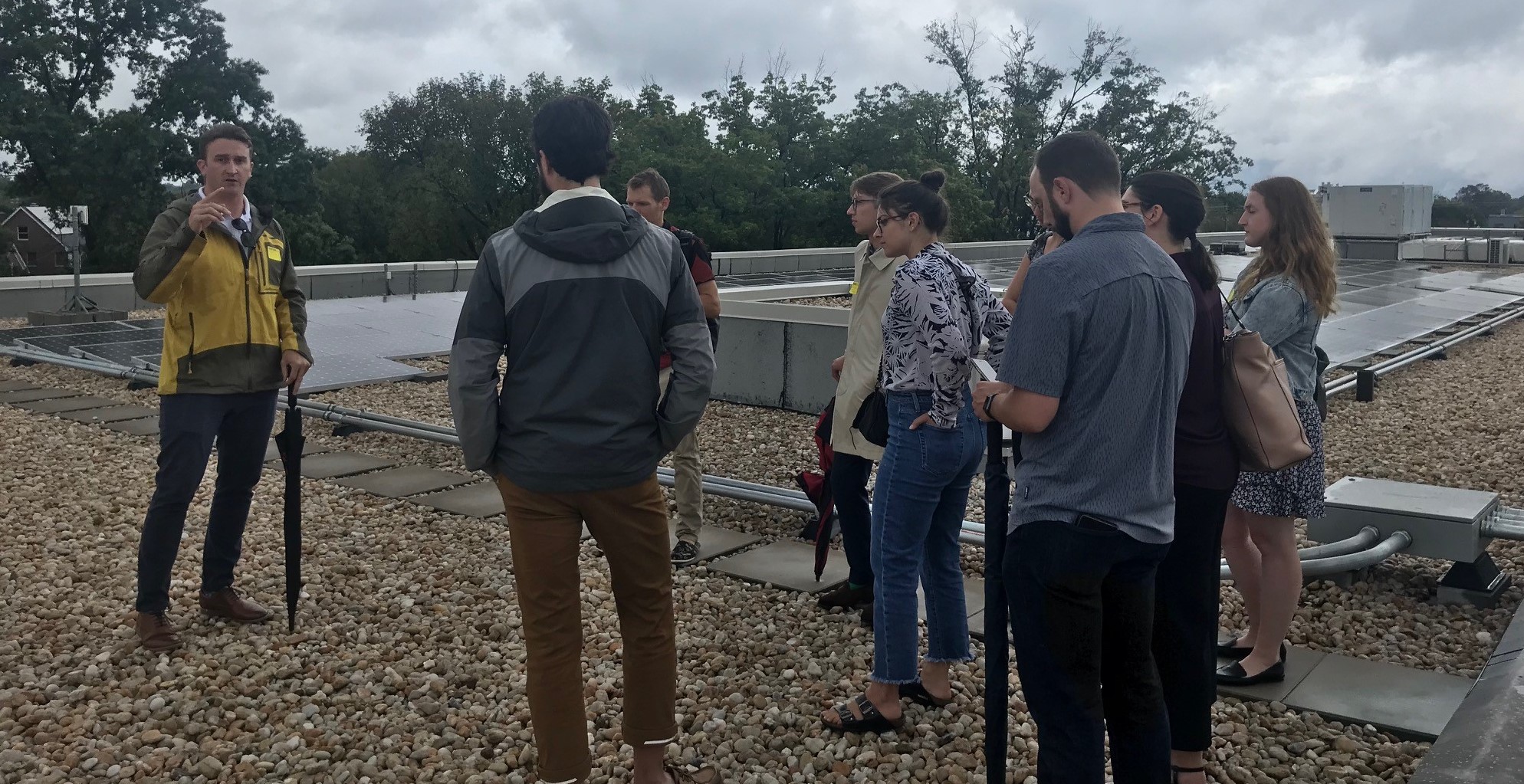 The day began with a tour of Capital City Public Charter School, a one of three DC schools that adopted solar through a partnership with New Columbia Solar and the DC Sustainable Energy Utility (DCSEU). The partnership successfully brought 792 kilowatts (kW) of clean energy to these schools, saving them an estimated $2.24 million over the next 15 years.

Then, hill staffers visited the Majemu Parish Celestial Church of Christ community solar project, one of the first privately funded community solar project in Washington, DC. Created through a partnership with New Columbia Solar and Arcadia Power, the church’s roof hosts a solar array that brings low-cost energy to the district’s residents. 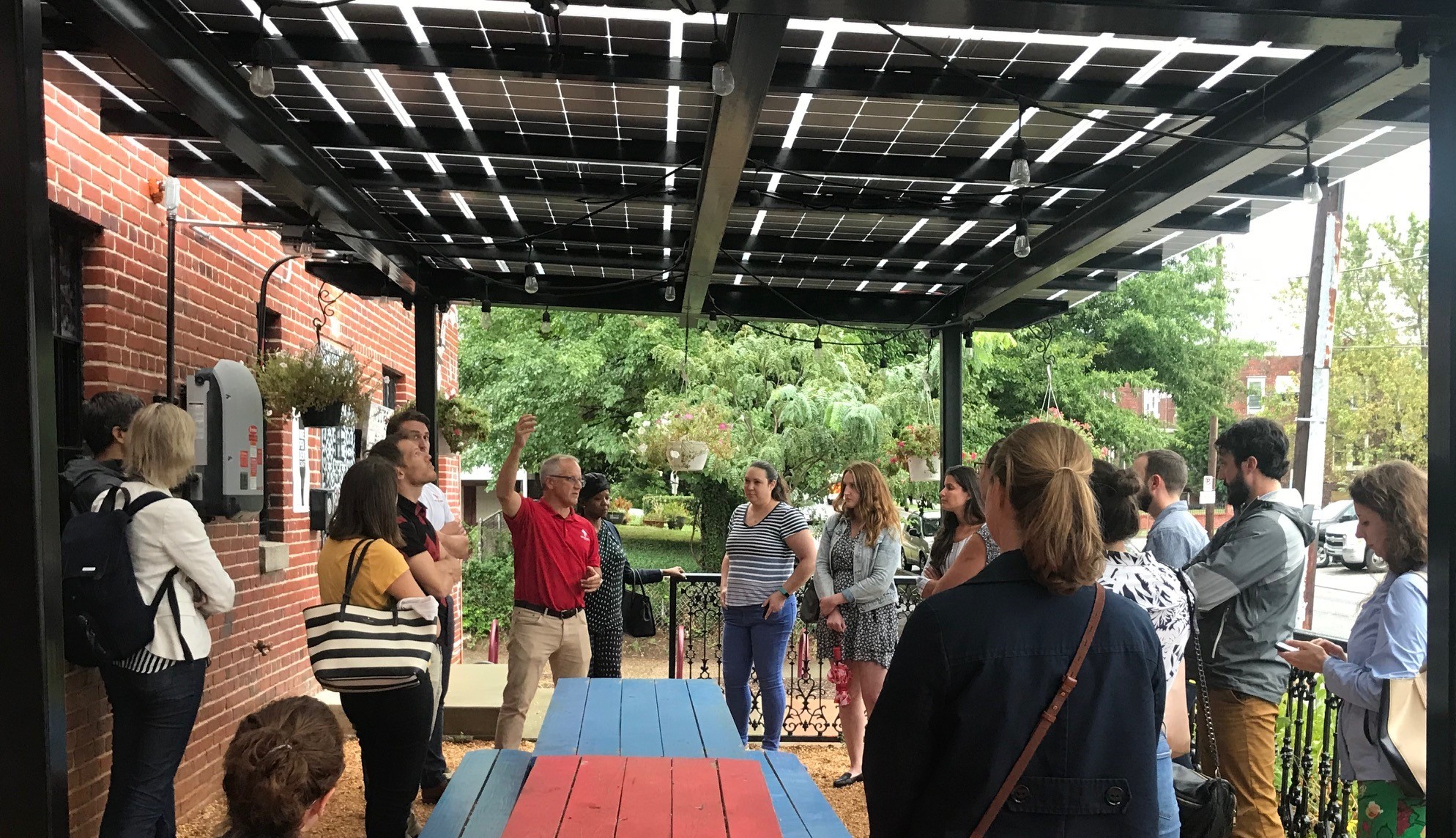 The tour ended at Right Proper Brewing Company, a DC-based independent craft brewery with a 65 kW solar system that powers its operations. Every year this system saves the company an estimated  $11,000 in electricity costs and reduces CO2 emissions by 57 metric tons.

As we enter the Solar+ Decade, it is vital to educate our members of Congress and their staff about solar energy and its positive impact on jobs and the economy and how tax and trade issues can impact its progress. New Columbia Solar’s successful solar tour highlights just how important this engagement is for the industry as we encourage members of Congress to support solar-friendly policies.

Bipartisan support in Congress has helped grow solar deployment by more than 10,000% into the booming industry it is today. To meet SEIA’s ambitious goal of solar reaching 20% of U.S. electricity generation by 2030, we must build on this support to extend the most successful clean energy tax policy we have on the books.

The Congressional Solar Tour is an important opportunity to educate our lawmakers on solar adoption today. Garnering support for the industry and key bills like the Renewable Energy Extension Act will bring us one step closer to the Solar+ Decade.