How The Shift To Solar Is Making History 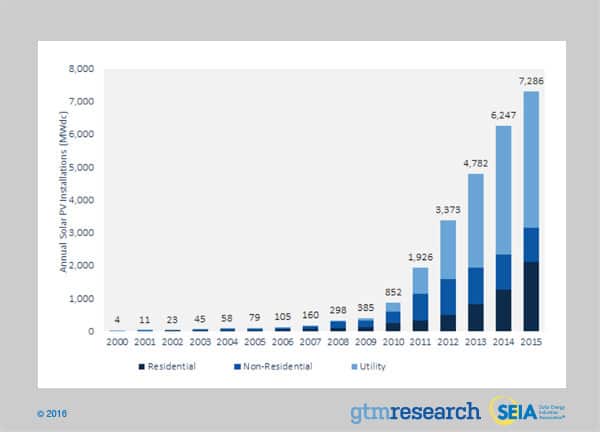 It's official. Solar energy has made history.

In 2015, America experienced the largest increase in solar photovoltaic (PV) capacity we've ever seen. Solar now provides 1 percent of all the electricity generated in the U.S.— up from 0.1 percent in 2010.

This is only the beginning of solar's skyrocketing trajectory.

Over the next few years, solar will reach unprecedented heights as we make a shift toward carbon-free and economically-viable sources. The increasing shift to solar, and other carbon-free sources, has already contributed to the lowest level of carbon emissions produced by the U.S. power sector since 1995.