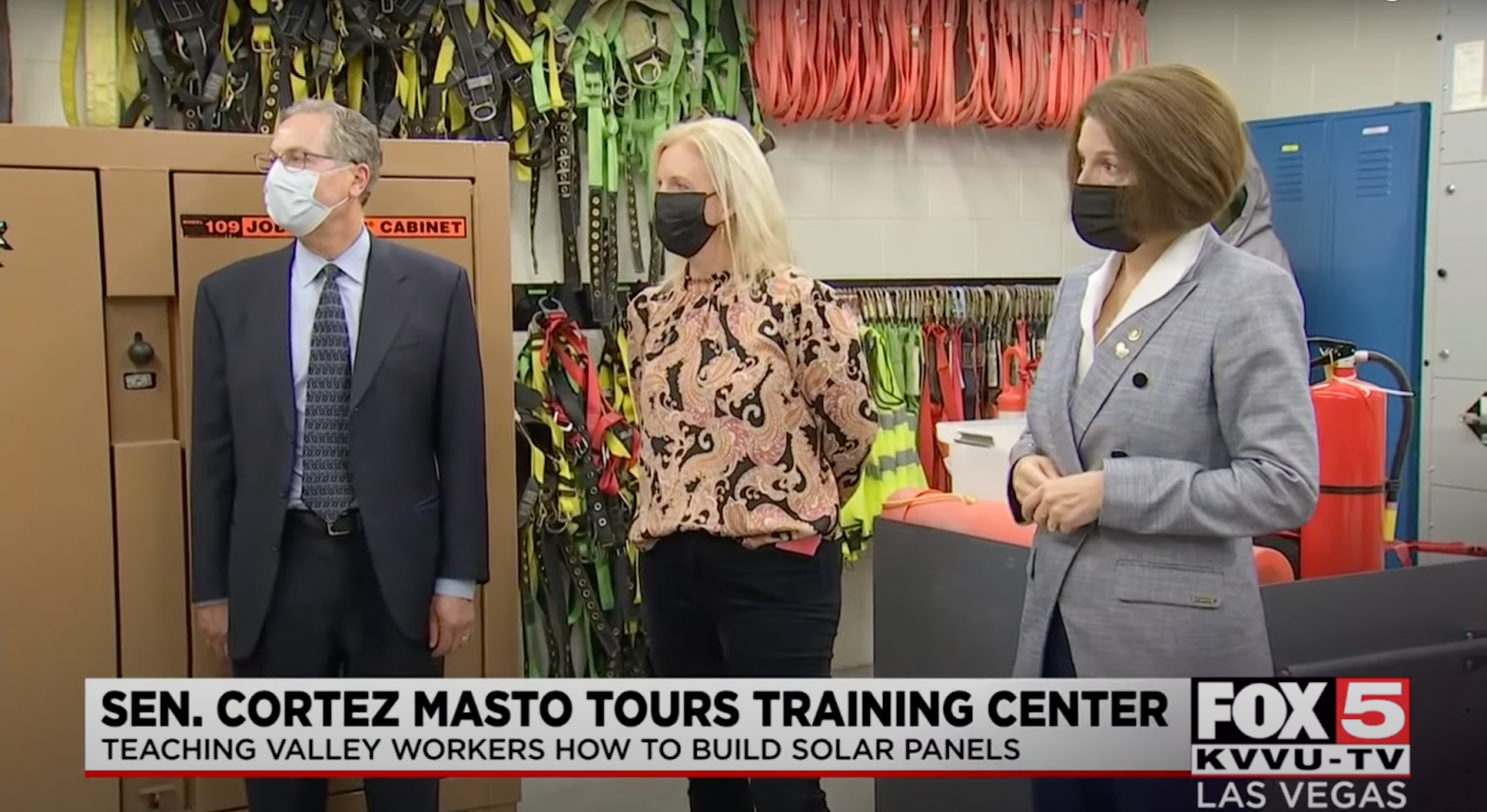 America faces a once-in-a-generation opportunity to build a clean energy economy that will create hundreds of thousands of new career opportunities in communities across the country. To reach President Biden’s ambitious clean energy goals, the solar industry will need to employ more than a million Americans by 2035, and now is the time to put the policies and programs in place to build that workforce.

In order to create hundreds of thousands of well-paying jobs, partnerships with apprenticeship training organizations like Nevada’s Electrical Joint Apprenticeship Training Center of Southern Nevada (JATC) are vital to our success, alongside a comprehensive set of workforce strategies. Solar businesses need a consistent pipeline of trained workers to meet the growing demand for clean energy. The greatest need will be for solar installers, operations and maintenance technicians, electricians, and general construction staff. We can help develop this pipeline through apprenticeship programs, internship and work-placement programs, and qualified technical training.

“This is about really building American jobs, it’s making sure we are taking care of our families, and we’re leaning into a clean energy economy that solar is going to bring us- it’s exciting,” said U.S. Senator Cortez Masto when describing these goals at the roundtable discussion. “Nevada is really on the leading edge of all of this, taking advantage of the new technology that is going to take us into the twenty-first century and to this clean energy economy,” Senator Cortez Masto continued.

On the heels of the $1.2 trillion infrastructure bill passing in Congress and ahead of National Apprenticeship Week, the Solar Energy Industries Association (SEIA) joined the International Brotherhood of Electrical Workers (IBEW) Local 357 at the Electrical Joint Apprenticeship Training Center of Southern Nevada (JATC) for a tour of electrician training facilities and roundtable discussion on the future of clean energy jobs in Nevada and the country.

Programs like the Electrical JATC serve a critical role in training a highly qualified, skilled, and local clean energy workforce. The Electrical JATC trains approximately 550 apprentices each year and gives students a well-rounded electrical education so that they can “hit the ground running” when they graduate as Journeymen-Wiremen. JATC provides these apprentices with 900 hours of classroom training and over 8,000 hours of on-the-job training over a five-year period. Thanks to the Electrical JATC, Nevada is building the workforce needed to take advantage of bipartisan infrastructure and Build Back Better investments and build the clean energy infrastructure needed throughout the state.

Despite years of rapid growth, solar deployment needs to grow four times faster than it is today to reach President Biden’s ambitious climate goals, making this a pivotal time for the solar industry. We need to explore and implement new workforce development solutions, which includes the solar industry and labor unions working together to recruit, train and support the workers needed to build our nation’s solar-powered future.

With the bipartisan infrastructure bill now enacted into law and the historic clean energy policies in the Build Back Better Act currently being debated in Congress, strong incentives and policies can help the United States reach 1.2 terawatts of solar deployment and over a million solar jobs by 2035. These incentives will also help ensure that the people building solar projects are skilled and well paid, with specific requirements for competitive wages and for apprentices to be employed on nearly every large-scale solar project. This will attract huge investments in solar energy, and more opportunities for people to join the solar workforce.

The bottom line is that solar jobs are good quality American jobs, union and non-union alike. In fact, the union rate in the solar industry is well above the national private sector rate, and on par with most construction and building trades. Solar installation careers can be launched by joining an apprentice program, like the one at JATC, where apprentices can earn as they learn.

As SEIA president and CEO Abigail Ross Hopper said in her closing remarks to the roundtable, “Solar jobs not only pay well and have opportunities for advancement, they’re also rewarding because they put you on the front lines of addressing climate change.”

National Apprenticeship Week is a nationwide celebration of apprenticeship success stories and an opportunity to highlight ways to address our nation’s workforce challenges and areas of growth.

WASHINGTON, D.C. — Today President Biden and the U.S. Department of Energy released an Issue Brief on solar energy research, deployment and workforce priorities. The report details a number of priorities that are important to the solar industry.