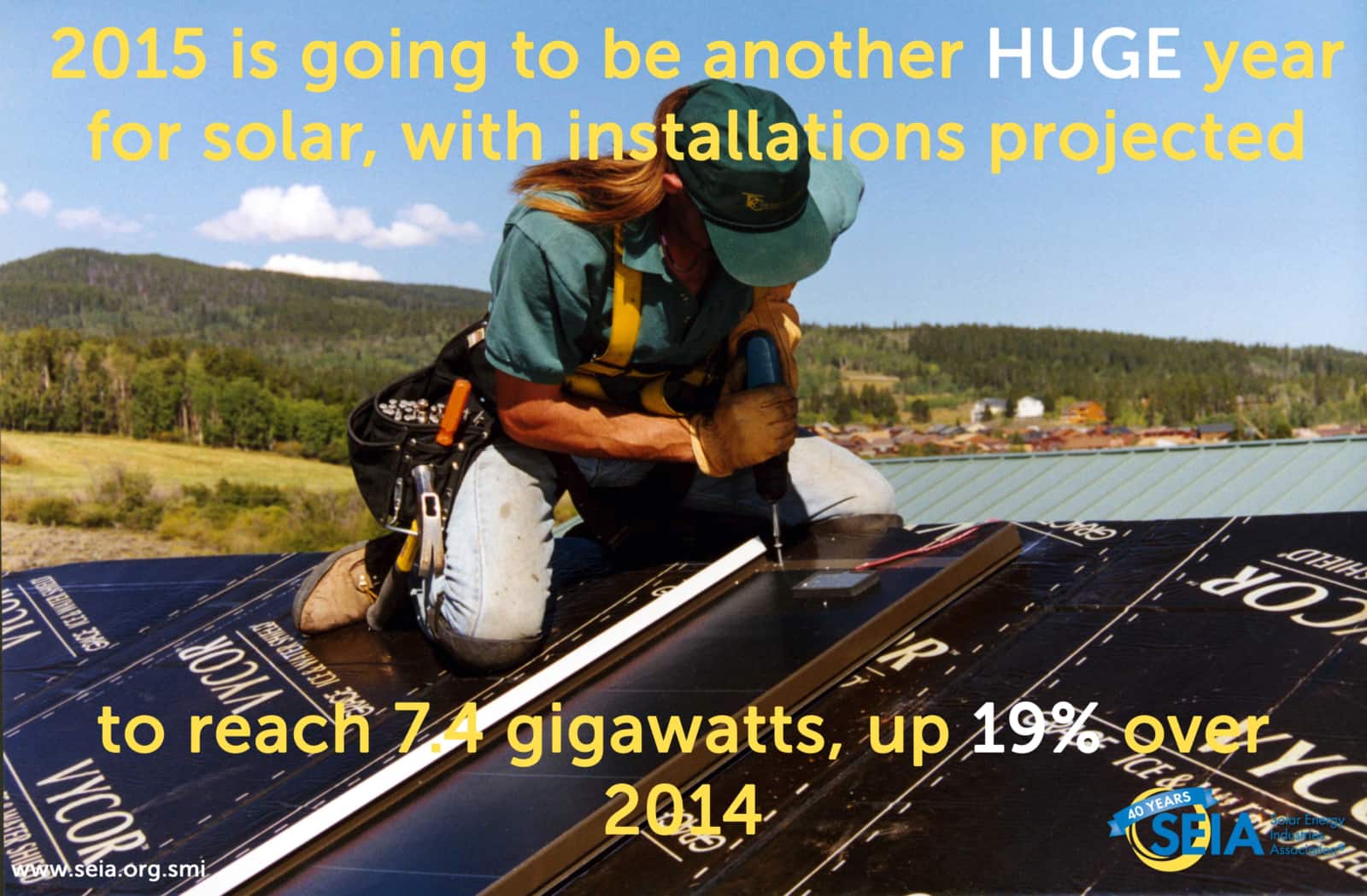 The pace of solar energy expansion in America is catching speed, with a new solar system activated every 1.6 minutes in quarter three of 2015, up from every 2.5 minutes in 2014.
Throughout the first three quarters of this year, 30 percent of all new electric generating capacity brought on-line in the U.S. came from solar, according to a new report today from GTM Research and the Solar Energy Industries Association (SEIA).
The Q3 2015 edition of the U.S. Solar Market Insight Report revealed the U.S. solar industry installed 1,361 megawatts-DC (MWdc) of solar PV capacity from July to September, bringing total solar capacity nationwide to 22.4 gigawatts-DC (GWdc).
This new capacity came from more than 81,000 new PV systems that were connected to the grid in Q3:

Though there was no concentrating solar power (CSP) brought on-line, the Crescent Dunes project in Tonopah, Nevada, is under construction and is expected to become fully operational by the end of 2016, adding an additional 110 MWac of capacity.

The results from Q3 indicate that solar is on pace to complete a record-breaking 7.4 GWdc this year. In fact, the fourth quarter is expected to be the largest quarter for solar PV installations in U.S. history.

New @SEIA @GTMResearch report shows 2015 shaping up to be US #solar's BEST YEAR EVER! Q4 to be record-breaking! https://t.co/xgxx4Y2uoS

By Dec. 31, the U.S. will have installed an additional 3 GWdc of solar energy. This is significant because solar will eclipse 1 percent of all electricity generation in the country for the first time and is likely on the way to much higher levels in the years ahead.
Article Type
Blog Post