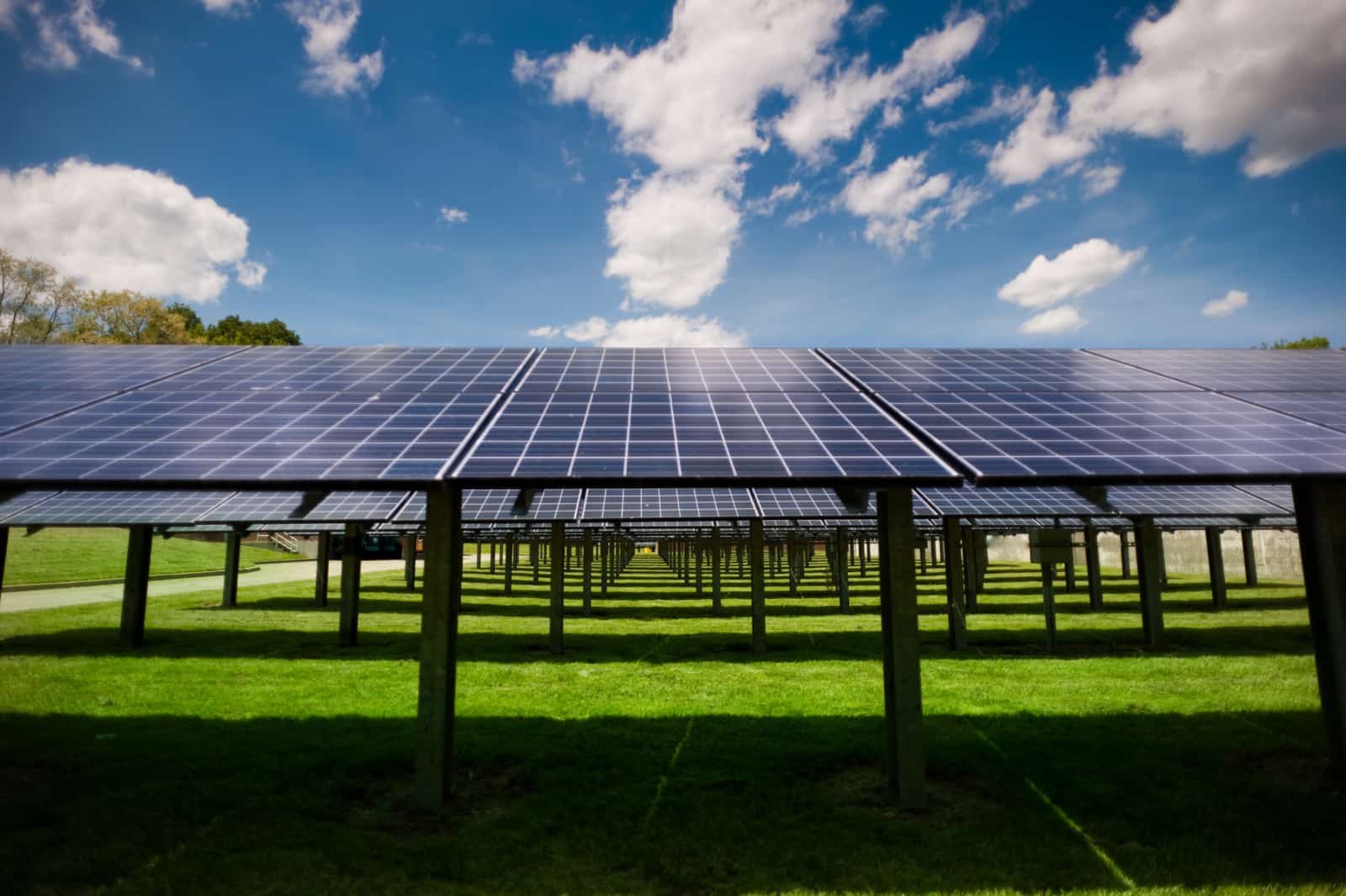 As many states have successfully met their renewable portfolio standards (RPS), they are considering expanding these standards or otherwise incentivizing clean energy development. Despite several attempts to challenge these RPS laws, none of the 29 states with an RPS has repealed it and only one has frozen the standard before it was met.

Seven states—Hawaii, California, Nevada, Colorado, Minnesota, Connecticut and Oregon — have effective RPS requirements of 25 percent or greater. New wind farms in these states have attracted over $30 billion in private investment, created over 12,000 jobs there, and are now paying farmers, ranchers, and other landowners over $45 million a year to lease sites for turbines.  Solar Industry growth in those seven states has led to more than 72,000 jobs and over $13 billion invested in solar installations in 2014 alone.

Iowa, site of the first RPS in the country, now leads America getting 28.5 percent of the electricity it generates from wind. The state has seen $10 billion of investment of its own, and 6,000 full-time jobs. Its farmers and ranchers treat wind as a major cash crop, with the further advantage that it’s drought-resistant. In California, that state’s robust RPS has helped create nearly 55,000 solar jobs- more than all of the state’s investor-owned utilities combined. Utility-Scale solar alone provided more than 5 percent of California’s electricity last year, and was providing more than 10 percent of hourly peak demand by fall 2014. In addition, more than 2 percent of all homes in California are now benefitting from a solar energy system, along with 13,000 businesses.  In 2014, $11.8 billion was invested on solar installations in California.

Due to all these benefits, polls have continuously shown that the public strongly supports RPS laws.

Several states with successful RPS laws are considering expanding them

Many states have met their renewable energy targets well ahead of schedule and have done so at lower than expected cost. For example, the Texas renewable standard signed into law by then-Governor George W. Bush was increased in 2005 and met seven years ahead of schedule. Iowa, Wisconsin and Kansas met targets; Minnesota Power met its MN RES requirement a full 10 years early. In the West, utilities in many states including Arizona, Colorado, California, Nevada, New Mexico, Oregon, Montana and Washington have cost-effectively reached RPS interim benchmarks either on or ahead of schedule.

Diversifying energy portfolios with renewable energy has substantial, well-proven benefits and we acknowledge that states will pursue different paths to accomplish these goals. It’s important to recognize, however, that states with mandatory goals get the benefits of continuing business. Going forward, some states are looking to increase or expand their targets. For some other states, it’s time now to move to the next phase of the standard that will continue to diversify their state’s energy mix with Made-in-the-USA wind energy.

Kansas: The RPS in Kansas was so successful it’s spurred more than ample wind energy to meet its standard. The Kansas legislature is transitioning the RPS to a 20 percent by 2020 renewable energy goal. The 2015 legislation also clarifies several tax policy provisions to give wind investors certainty about continuing to build projects in the state. Kansas is a unique case. Mandatory standards are generally more successful, as states with these standards get the benefits of continuing business.

The Kansas RPS has brought low-priced power, jobs and rural enrichment. Wind energy provides as many as 12,000 jobs in Kansas, according to the Wind Coalition, and has invested $8 billion there. Wind developers make payments of over $10 million a year to Kansas landowners, according to AWEA.

In 2014, wind provided 21.7 percent of all the electricity Kansas generated, third highest in the nation, with total installed capacity of 2,967 megawatts (MW). That will increase by nearly a third as 872 MW of additional capacity under construction in the first quarter of 2015 comes online. This new policy will provide policy stability for more wind development in the state.  Solar energy is also blooming in Kansas.  IKEA, the world’s leading home furnishings retailer and top 10 corporate solar user, today announced it had officially plugged-in Kansas’ largest rooftop solar array, atop the recently opened IKEA Merriam. The 92,000-square-foot solar array consists of a 730.17-kW DC system, comprised of 2,394 panels, and will produce approximately 986,800 kWh of electricity annually for the store.

Six states – CA, MI, NY, MN, IL and VT – are seriously debating an increase in their RPS this year.

Michigan: The RPS has been met at a lower cost than predicted – the allowed surcharge went down to $0 in one case and $.43 in another. Gov. Snyder’s proposal emphasizes more renewable energy and lawmakers are deliberating a proposal to increase the RPS to 20 percent.

Minnesota: The Renewable Energy Standard, 26.5 percent by 2025 (31.5 percent by 2020 for Xcel Energy, the state’s largest utility) and 1.5 percent solar energy standard, is well ahead of schedule and has proven to be a cost-effective driver of economic development and energy diversification in Minnesota. Enacted in 2007, the RES has produced billions of private investment, millions in new tax revenues for rural communities, and thousands of good-paying jobs, making Minnesota a leader on clean energy.

The state Senate is deliberating an RES of to 40 percent by 2030. This proposal, introduced by Governor Dayton’s administration, is included in the Senate Energy omnibus bill, but was not included in the House’s corresponding omnibus package.

California: Governor Brown set a goal of 50 percent renewable energy by 2030 in his 2015 inaugural address. Presently, there are bills moving in the legislature to meet this goal by raising the RPS to 50 percent by 2030.

New York: The state Public Service Commission and the Cuomo administration are currently exploring how to improve and reauthorize NY’s administratively-established RPS after it expires in 2015, in the context of a Large Scale Renewables track in NY’s Reforming the Energy Vision proceeding. NY’s Options Paper on Large Scale Renewables is due June 1. New York also plans to meet part of its new renewable energy goals through an ambitious overhaul of its distributed energy market that is designed to spur the adoption of DER deployment and move the market towards grid parity. As part of this effort, the NY-SUN initiative is designed to deploy 3 gigawatts of solar by 2023.

Illinois: The legislature, utilities and clean energy advocates have expressed interest in “fixing” the Illinois RPS, which has historically fallen short of its goals. Three bills have been proposed that put forth competing visions for how the RPS should be fixed. Depending on which bill, or combination of bills is adopted, Illinois may emerge as a new opportunity state for renewables.

Legislators in four states (CO, MT, CT, and NH) have voted down proposals to diminish or repeal RPS policies this year. However, RPS-related bills remain in play in other states where legislatures are still in session.

North Carolina: The House is considering a measure to freeze North Carolina’s RPS at the current 6 percent and halt progress towards the 12.5 percent requirement in the law, despite utility commission reports indicating the policy has almost no impact on consumers and the fact that the standard has helped create thousands of jobs in the state.

Texas: The Senate passed a bill repealing the RPS and the Competitive Renewable Energy Zones, threatening investors who committed capital to Texas renewable generation fleet. Repealing the RPS serves no public policy purpose and sends a message that is harmful to the state’s larger economic development goals. A repeal would also send a message that may deter companies wishing to locate in states that encourage the renewable power they seek to power their businesses.

Ohio: With the signing of Senate Bill 310 in 2014, Ohio became the only state to “freeze” its RPS, effectively halting the state’s mandates for efficiency and renewables until 2017. In 2017, these standards should pick up where they left off when the freeze occurred, however an Energy Mandates Study Committee is reviewing wholesale changes to the standard. In this context of policy uncertainty, renewable energy employment and investment is moving away to more welcoming states.

West Virginia: Let’s be clear – this standard (not counted as one of the 29 RPS laws) could have been met entirely without renewable energy. Besides renewables, the eligible resources included “advanced coal technology,” coal bed methane, natural gas, including any component of raw natural gas, fuel produced by a coal gasification or liquefaction facility, and tire-derived fuel, among others. The law was enacted in 2011 and required no compliance until this year, 2015, but is now repealed.

The bottom line is that RPS laws are overwhelmingly popular, and they work.  States continue to consider adopting or expanding similar policies to incentivize the development of clean, affordable, renewable energy, and the concomitant investment and job opportunities that expanding these industries brings.