As storms batter the coasts of New Orleans and wildfires ravage the west, cities and customers are increasingly finding themselves left in the dark and scrambling to restore power. Extreme weather events across the United States are becoming more frequent and their impacts are being felt more broadly each year.

In response, utilities in states such as Texas and California are left with no choice but to shut off customers’ power to maintain the reliability and safety of their systems. At a time when the costs of clean distributed energy technologies are falling rapidly, too many customers must still rely on dirty diesel generators for backup power.  However, solar + storage and microgrids are cleaner alternatives that can offer resilience and reliability benefits cost-effectively at various scales.

Solar + Storage is Scalable and Reliable 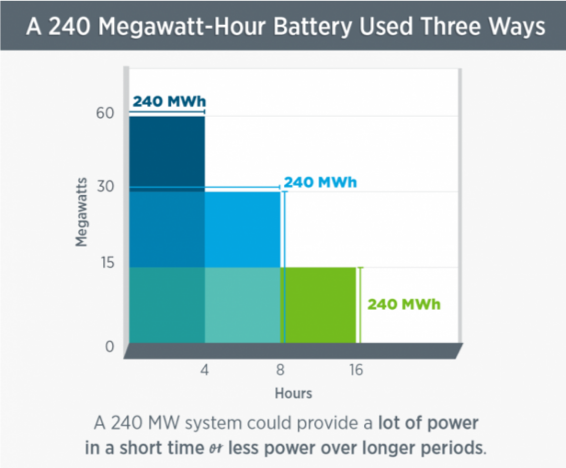 Solar + storage systems can be sized and tuned to provide either maximum power over a short period of time or lower amounts of power for a longer period. Depending on the size, a storage system could provide more than 12 hours of backup power, and when paired with a microgrid, solar + storage can operate without the aid of the grid to power a smaller network of buildings or homes. This functionality is vitally important when the technology is used to power critical infrastructure like hospitals, police stations, and fire departments, which helps communities recover more quickly after a disaster.

Costs are coming down and already, residential batteries can last for up to 15 years in the field.

Just this year the California Public Utilities Commission approved a power shutoff protocol for all three major investor owned utilities to help reduce the risk of utility infrastructure sparking wildfires during hot and windy weather conditions. Moreover, in Texas, strain on the grid was so bad this summer that wholesale electricity prices spiked to $9,000 a megawatt-hour.

These extreme weather events and resulting utility impacts have made customers think twice about how they power their homes. With the cost of residential storage dropping 50% by some estimates, solar + storage has never been more affordable for customers.

Earlier this year, as Chico, CA found itself in a population boom resulting from the fall out of the Camp Fire, a local paper reported that 25% of Chico residents that switched to solar also chose to install energy storage. Further, a California couple recently told E&E News that the unpredictability of the California blackouts spurred their use of solar + storage. They now lease 24 solar panels and a 9-kilowatt storage system from Sunrun to power their home and on-site architecture business.

Success at the Commercial-Scale with Solar + Storage

While many cities and states have put in place renewable energy goals and plans to help mitigate the worst effects of climate change, they should also be developing tools to adapt to this new normal.

During Hurricane Maria, only 5% of solar energy systems had storage. Now, we’re seeing solar + storage systems and microgrids pop up across the U.S. territory. According to Wood Mackenzie Power and Renewables, Puerto Rico’s microgrid market will reach 228 megawatts by 2024, more than double its size today. Since Hurricane Maria, Sunrun installed solar + storage systems on several fire stations, Tesla supplied solar microgrids to Hospital Del Niño and a sewer treatment plant, and Sonnen pledged to install 15 solar microgrids across the island.

In April 2018 after the island-wide blackout, a community center in Humacao still had power thanks to a  donated Sonnen solar microgrid. Resilient Power Puerto Rico also donated PV + energy storage microgrid systems to underserved communities and all reported that the systems worked through the outage—some didn’t even know there was a power outage.

Still, some municipalities that stand to benefit the most remain skeptical, and misconceptions about the reliability and resilience benefits of clean distributed resources such as solar + storage continue to impede adoption.

At Solar Power International in Salt Lake City, I’ll be leading a discussion on these issues on Tuesday, September 24 at 4:00pm. During the session, “The Quest for Resilience: Who Wants It? Who Gets It? Who Pays for It?” I will ask a panel of industry experts about the role that they believe solar + storage and other distributed technologies can play in providing resilience and reliability to customers, and what market mechanisms are needed to deploy these technologies at scale and where they are needed most.

Join us as we talk about our next steps.

This post is part of the SPI Sneak Preview series by staff at the Solar Energy Industries Association. This series of blog posts explores the hot topics you will see at Solar Power International in Salt Lake City, UT. To see what else SEIA has planned for SPI and North America Smart Energy Week, visit www.seia.org/SPI

Solar Industry Vows to Lead Power Generation in the 2020s

When energy and climate analysts look back on the 2020s, they will see a transformed energy landscape dominated by new solar energy generation, the Solar Energy Industries Association (SEIA) said in recognition of the start of the Solar+ Decade.

A Look Back at Solar Milestones of the 2010s

Over the last ten years, solar grew from niche technology to a dominant source of new energy that fuels our economy.

Today, dozens of solar energy supporters from across the country gathered at the headquarters of the U.S. International Trade Commission (USITC) to rally for an end to solar tariffs. Clad in yellow scarves and holding sun balloons, solar workers called on the USITC to grant relief from the harmful solar tariffs.