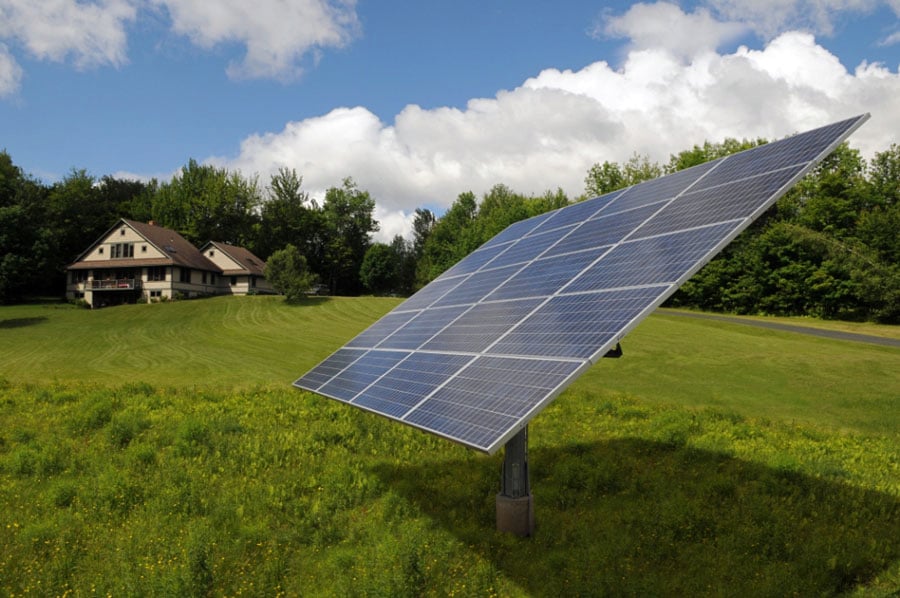 Cutting costs has been the key to solar’s rapid expansion this decade. The lion’s share of cost reductions in the solar industry has come from reductions in module prices. The $4 per watt you’d have paid in 2006 for modules alone gets you the entire residential solar system installed today.

And then along came third party financing, which made solar available to all. The $20,000 or $30,000 a homeowner once needed to pay for a solar system can now be afforded through a car-like low monthly payment.

So what's next for the industry's next big cost breakthrough?

With technology costs down, financing improvements up, and a solar system turned on every 2.5 minutes in America, standardizing solar permitting is poised to be one of the solar industry’s next big breaks.

A recent Lawrence Berkeley National Lab report, “How Much Do Local Regulations Matter?” notes that “the costs of PV modules and other hardware have declined rapidly over the last decade, primarily due to technology improvements and manufacturing scale” while “non-hardware ‘soft’ costs, on the other hand, including permitting and other local regulatory processes, have not been falling as rapidly, and now comprise the majority of total costs for residential PV systems.”

Further, they found variations in local permitting procedures leads to an average price increase of $0.18per watt, equating to a $700 price difference between poor and well-performing jurisdictions. When considering the full spectrum of local regulatory procedures including permitting, LBNL reports the price impact is a staggering $2,500 for a 5kW system. That’s the cost of 13 solar panels in an 18 panel home system.

This is an enormous opportunity.

The U.S. Department of Energy has appropriately based its SunShot Initiative around reducing these non-hardware “soft costs,” which now represent 64% of an entire system.

Recent reports have demonstrated that installers avoid certain jurisdictions, closing off market opportunities for the industry and competition for the consumer.

Once an installer makes the sale on a system, a delay in permitting can be a costly one for the business that must cover the cost of carrying inventory until the project is operational.

James Tong with Clean Power Finance and author of “Nationwide Analysis of Solar Permitting and Implications for Soft Costs” says, “Because most installers front the cost of a solar system and must hold equipment in inventory during permitting delays, there is a tremendous cost to the industry of inefficient, complicated, and unpredictable permitting. The longer the cycle time to get permission to operate, the greater the costs. This is an often under-appreciated problem, particularly for small and medium enterprises, which dominate the solar installation landscape.” These enterprises also create the most jobs.

The magnitude of permitting streamlining would be a powerful third leg to the recent technology and financing gains of the industry.

After an industry-led effort in 2011, the state’s one-page solar registration program featured three key characteristics: First, it was statewide and the same across all jurisdictions. Second, it is quick and presumptive. It features a 10-day period and on the 11th day, a system can be installed unless a specific problem is raised by the utility. Third, it is technology agnostic, applying to rooftop or ground systems alike.

Not surprisingly, it’s been an overwhelming success. Not only was the program expanded by the state’s legislature the following year from 5kW to 10kW and then two years after that to 15kW, but the state has seen solar boom: a four-fold increase in solar installations in 3 years and the state earning the status of number one in solar jobs per capita in the nation. Permit times decreased from an average of 45 days to just 10 days.

While Vermont is blessed with a statewide permitting process, it is inevitable that state-level progress will have to take shape differently depending on whether states are home-rule, have strong county governments, or other governance and political characteristics. Nevertheless, hopeful new forms of standardized, streamlined permitting approaches are taking root from New York to California.

Last fall California enacted a new standardized solar permitting law, the Solar Permitting Efficiency Act, after overwhelming bipartisan support in the legislature. The bill sponsor told the LA Times he heard from the local industry that “it often takes 65 days to install solar panels on a person’s home, of which 64 of those days are spent wading through the local bureaucracy to get the necessary permits and approvals.”

The new law requires the state’s 515 municipalities and local jurisdictions to create an expedited, streamlined, online solar permitting process for rooftop solar under 10kW. Municipal policies will be based on the Governor’s Solar Permitting Guidebook, released earlier this winter. As with past California policies, most notably auto emissions requirements, many hope California’s action will bring along the rest of the nation.

New York is making gains as well. New York’s new streamlined permit combines building and electrical permits for rooftop systems 12kW and less. The new program is offering incentives from $2,500 to$5,000, depending on population, to municipalities that adopt standardized permitting through the New York State Cleaner, Greener Communities program. So far, 99 jurisdictions have come on board.

Other states like Massachusetts, Connecticut and Maryland are embarking on similar conversations and seem poised for progress as well.

California and New York got a lot of things right, but they’re only just a start.

Any state that truly wants to streamline solar permitting ought to enact similar programs for ground-mounted solar. The majority of our country’s solar will be installed not on roofs, but on the ground according to National Renewable Energy Lab, and we ought to establish more efficient policies, particularly for small ground mounted arrays for homeowners. Second, having made the first important step with residential solar streamlining, solar standardization policies should include commercial solar as well.

Finally, all jurisdictions, whether they’ve taken steps to streamline their permitting policies or not, should start by making solar permitting available online and implement modern technology for their plan review and inspection processes. The good news is that many local jurisdictions are already moving towards such technology for their building permitting, and solar should benefit from these improvements. One provider of municipal permitting technology, Accela, is working with their local jurisdiction customers and stakeholders in the solar industry to incorporate the requirements of solar permitting into their technology. This work has shown early success in boosting efficiency in communities including San Diego County and Salt Lake City.

While we’d all like to believe that technical innovations can continue to outpace often slow-moving policy innovation, industry and policy leaders ought to be looking at where we can make the most progress, most cost-effectively. Arguably, we need to (and will) do both: continue to innovate in technology and continue to advance smart policy.

The idea of reducing red tape and government-imposed costs should be an idea we can all rally around. It certainly seems primed for getting the biggest gain for our innovative-buck.