U.S. Solar Industry Waiting For SolarWorld To ‘Show Its Hand’ 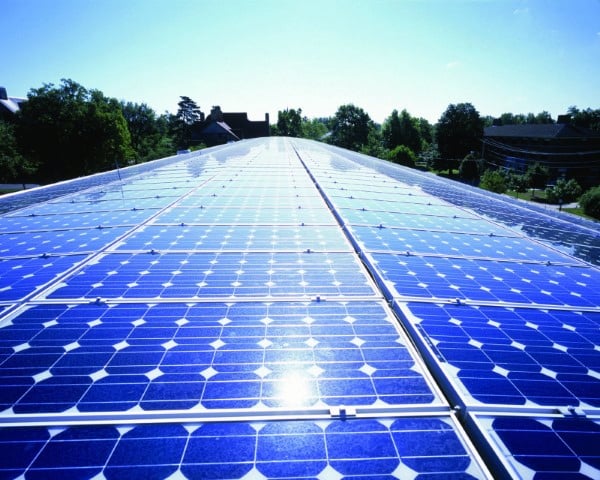 As the old proverb goes, “you can’t have your cake and eat it, too.”  But convincing some people of that isn't easy.

In hopes of ending the long-running and costly U.S.-China solar trade dispute, the Solar Energy Industries Association (SEIA) has urged SolarWorld Americas, LLC to step forward and offer a specific proposal that could serve as the basis for discussions and eventually lead to a negotiated settlement.

Since the divisive solar trade war first erupted several years ago, SEIA has been working tirelessly to broker a truce and achieve a win-win solution for the entire U.S. solar industry, but it take two sides to negotiate.

To begin with, SEIA fully supports SolarWorld’s stated goal of achieving an amicable solution to the ongoing U.S.-China solar trade conflict, as evidenced by our work to develop a settlement proposal and facilitate meetings between SolarWorld and Chinese manufacturers.  I must take issue, however, with the company’s misguided assertion that SEIA sanctions unfair trade practices.

From the first day SolarWorld initiated trade litigation in 2011, SEIA has been steadfast in its support for the rules-based global trading system, including trade remedy proceedings.  We have also consistently stated that other foundational principles of this system – specifically, negotiations and dispute resolution – must be recognized.  Reliance on litigation alone is failing the U.S. solar industry by raising costs, disrupting U.S. manufacturing supply chains and providing no long-term solution to the growing U.S.-China solar trade conflict.

Simply put, just because a party has the right to litigate, doesn’t mean they should.  Many times, such as here, there are much better alternatives to litigation.

With these principles in mind, SEIA developed the Draft Recommendation to Governments for the Establishment of a U.S.-China Solar Trade Agreement.  This proposal was drafted with broad industry input and is designed to address U.S. cell and module manufacturers’ competitiveness concerns, while ensuring the continued growth of the U.S. solar market.

Regarding SolarWorld’s suggestion that SEIA “reformulate and resubmit” this proposal,” it is unclear what, specifically, SolarWorld seeks from a negotiated solution, beyond the general demand that any settlement “eliminate China’s unfair trade practices” and “be enforceable.”  SEIA has developed and publicly released an industry-wide solution.  We welcome specific input from SolarWorld on this document and/or any alternative proposal.

As I stated recently, it’s time roll up our sleeves, work together and reach an agreement that’s good for everyone.  Continued litigation is bad for the industry and, we believe, bad for SolarWorld.  SEIA’s settlement proposal remains the best path forward.  But we will not preclude any settlement option that serves the greater interests of the U.S. solar industry.

Working together, we can have our cake – and share it, too!

Following is a statement from Abigail Ross Hopper, president and CEO of the Solar Energy Industries Association (SEIA), on today's announcement that SolarWorld Americas Inc. has joined the Section 201 trade action

WASHINGTON, DC - As expected, the U.S. International Trade Commission today upheld the imposition of tariffs against Chinese and Taiwanese solar products, as part of a 2014 investigation into allegations of unfair trade practices.  After the decision was announced, Rhone Resch, president and CEO of the Solar Energy Industries Association (SEIA) released the following statement: