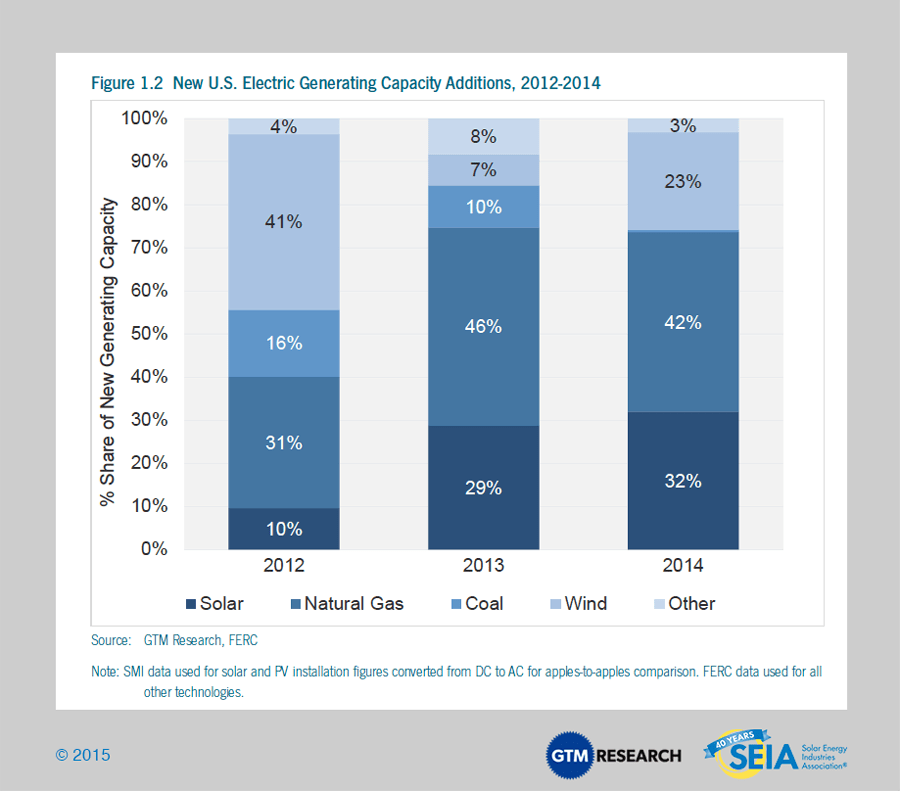 In 2014, for the first time in history, each of the three major U.S. market segments – utility, commercial and residential – installed more than a gigawatt (GW) of PV. 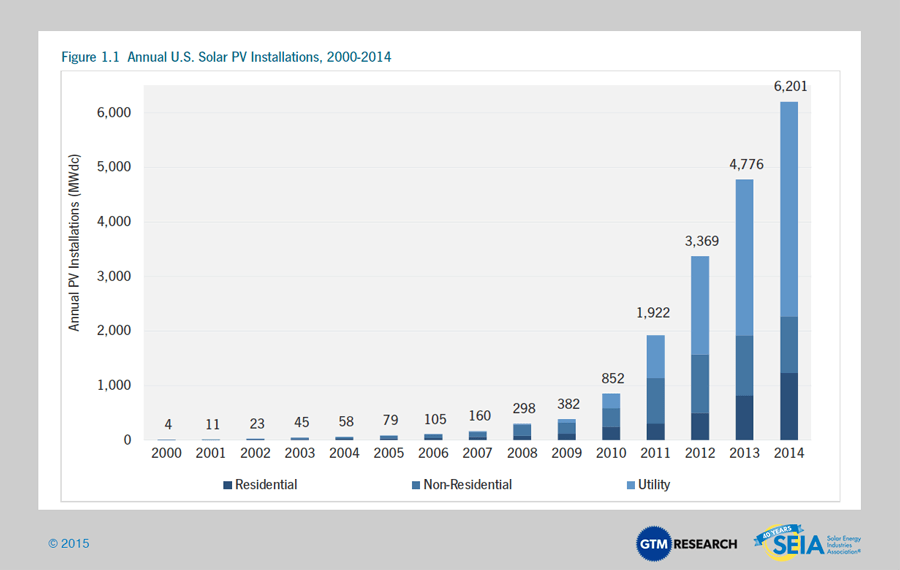 The U.S. utility-scale segment broke the GW mark in 2011 and has since grown by nearly 1 GW annually.  In 2014, 3.9 GW of utility-scale PV projects came on-line with another 14 GW of projects currently under contract.

The U.S. residential segment’s 1.2 GW in 2014 marks its first time surpassing 1 GW.. Residential continues to be the fastest-growing market segment in the U.S., with 2014 marking three consecutive years of greater than 50 percent annual growth. 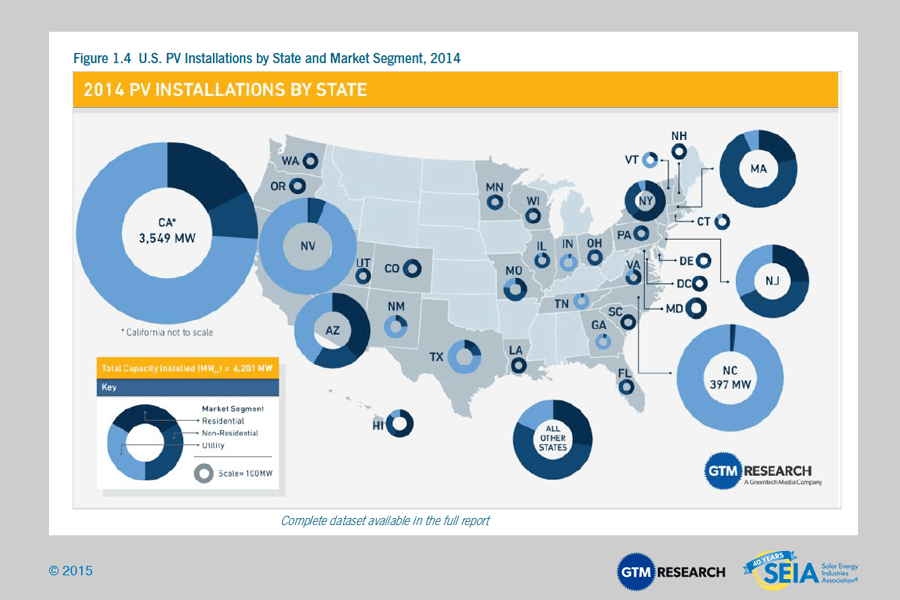 “Without question, the solar Investment Tax Credit (ITC) has helped to fuel our industry’s remarkable growth. Today the U.S. solar industry has more employees than tech giants Google, Apple, Facebook and Twitter combined,” said Rhone Resch, SEIA president and CEO.  “Since the ITC was passed in 2006, more than 150,000 solar jobs have been created in America, and $66 billion has been invested in solar installations nationwide.  We now have 20 gigawatts (GW) of installed solar capacity – enough to power 4 million U.S. homes – and we’re helping to reduce harmful carbon emissions by 20 million metric tons a year.  By any measurement, the ITC has been a huge success for both our economy and environment.”

GTM Research forecasts the U.S. PV market to grow 31 percent in 2015. The utility segment is expected to account for 59 percent of the forecasted 8.1 GW of PV.

"Solar PV was a $13.4 billion market in the U.S. in 2014, up from just $3 billion in 2009," said Shayle Kann, Senior Vice President at GTM Research. "And this growth should continue throughout 2015 thanks to falling solar costs, business model innovation, an attractive political and regulatory environment and increased availability of low-cost capital."

The U.S. Solar Market Insight report is the most detailed and timely research available on the continuing growth and opportunity in the U.S. The report includes deep analysis of solar markets, technologies and pricing, identifying the key metrics that will help solar decision-makers navigate the market's current and forecasted trajectory. For more information, visit www.greentechmedia.com/research/ussmi.

Celebrating its 40th anniversary in 2014, the Solar Energy Industries Association® is the national trade association of the U.S. solar energy industry. Through advocacy and education, SEIA® is building a strong solar industry to power America. As the voice of the industry, SEIA works with its 1,000 member companies to champion the use of clean, affordable solar in America by expanding markets, removing market barriers, strengthening the industry and educating the public on the benefits of solar energy. Visit SEIA online at www.seia.org.