Each year, The Solar Foundation releases its National Solar Jobs Census, a report that tracks employment in the U.S. solar industry. It is the most comprehensive analysis of the solar labor market in the United States, and is a critical resource in educating policymakers and the general public about the economic impact of solar energy.

In 2017, the census reported its first decline in solar jobs since its inception 8 years ago. As of November 2017, the solar industry employs 250,271 workers in the United States, a 3.8% decline over 2016. This decrease is largely due to a record year of installations in 2016 on the heels of the extension of the federal Investment Tax Credit (ITC), as well as delays and postponed projects due to uncertainty around the newly appointed Section 201 tariffs. 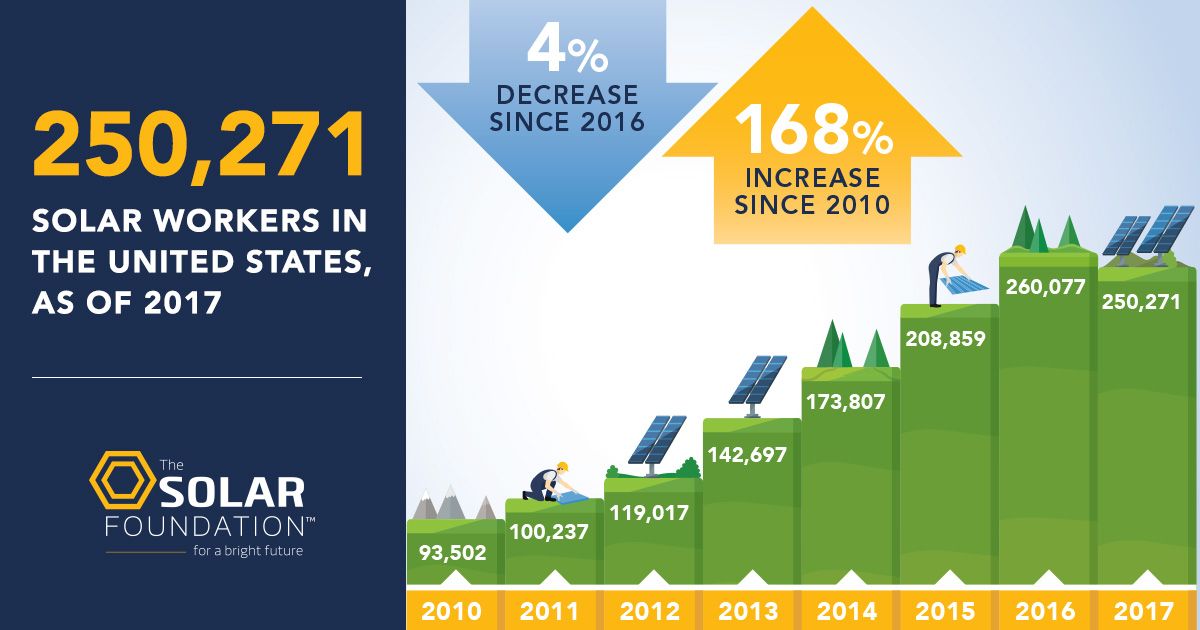 Importantly, the long-term trend for solar jobs in the U.S. remains very strong. Solar employment has grown 168% since 2010, from just over 93,000 jobs to more than 250,000 jobs in all 50 states. In addition, the solar industry represents an American economic success story for small and local businesses: 78% of solar companies have 50 employees or less. 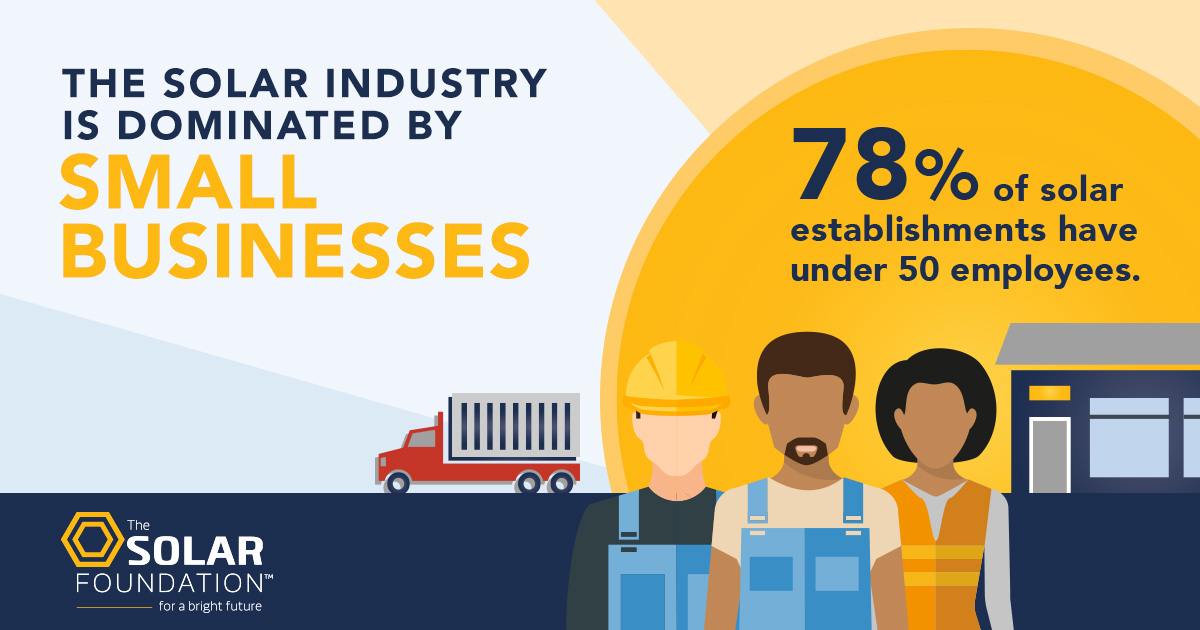 Lessons from the Front Line: Principles and Recommendations for Large-scale and Distributed Energy Interconnection Reform

The United States solar industry continues to rapidly expand, but outdated interconnection policies pose a major threat to solar and storage deployment across the nation.