Each year, The Solar Foundation releases its National Solar Jobs Census, a report that tracks employment in the U.S. solar industry. It is the most comprehensive analysis of the solar labor market in the United States, and is a critical resource in educating policymakers and the general public about the economic impact of solar energy. 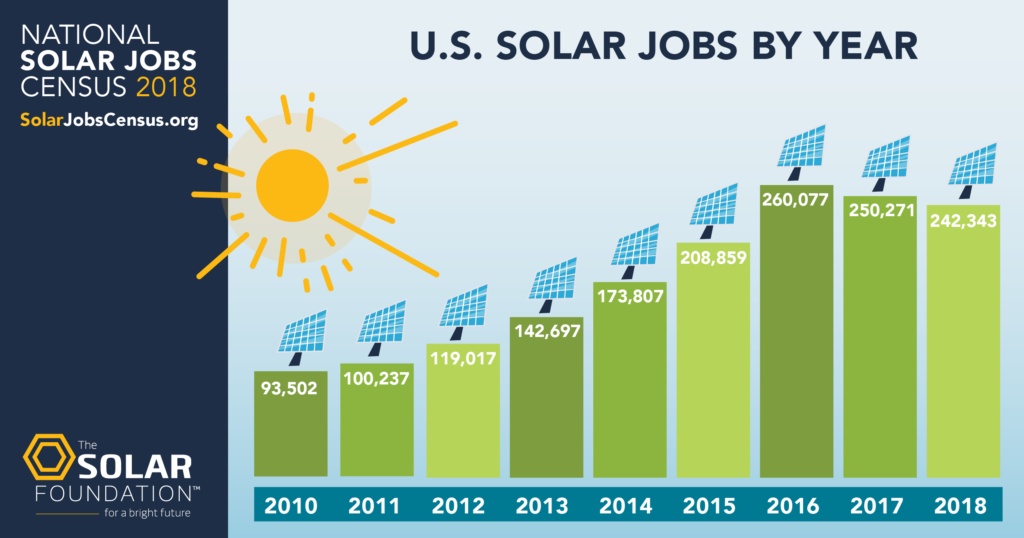