Solar For The Win: A Study on Solar in U.S. Professional Sports

Homes and business aren't the only places you can find solar in the United States. A growing number of professional sports facilities are installing solar to benefit the environment and their bottom line. SEIA maintains a database of solar systems installed at facilities across the NFL, NBA, MLB, NHL, MLS, NASCAR and IndyCar. The results are impressive: the total cumulative capacity in professional sports has reached 46 megawatts (MW), enough to power nearly 8,000 American homes! These numbers are thanks to a great deal of recent growth - nearly half of the total capacity has been installed in the last 3 years. To put it another way, last year more than 42 million Americans attended an event at a stadium, arena or raceway with a solar system.

All leading sports leagues in the United States, including professional football, baseball, basketball, hockey, soccer, NASCAR and the IndyCar Series, boast sizeable solar assets. The NFL has the highest percentage of stadiums with solar at 32%, though both the MLB and NBA aren't far behind at 30% each. So far in 2018, all of the major sporting championships have been won by teams with a solar facility (Philadelphia Eagles, Washington Capitals and Golden State Warriors). See below for a full list of all solar systems at U.S. professional sports facilities. 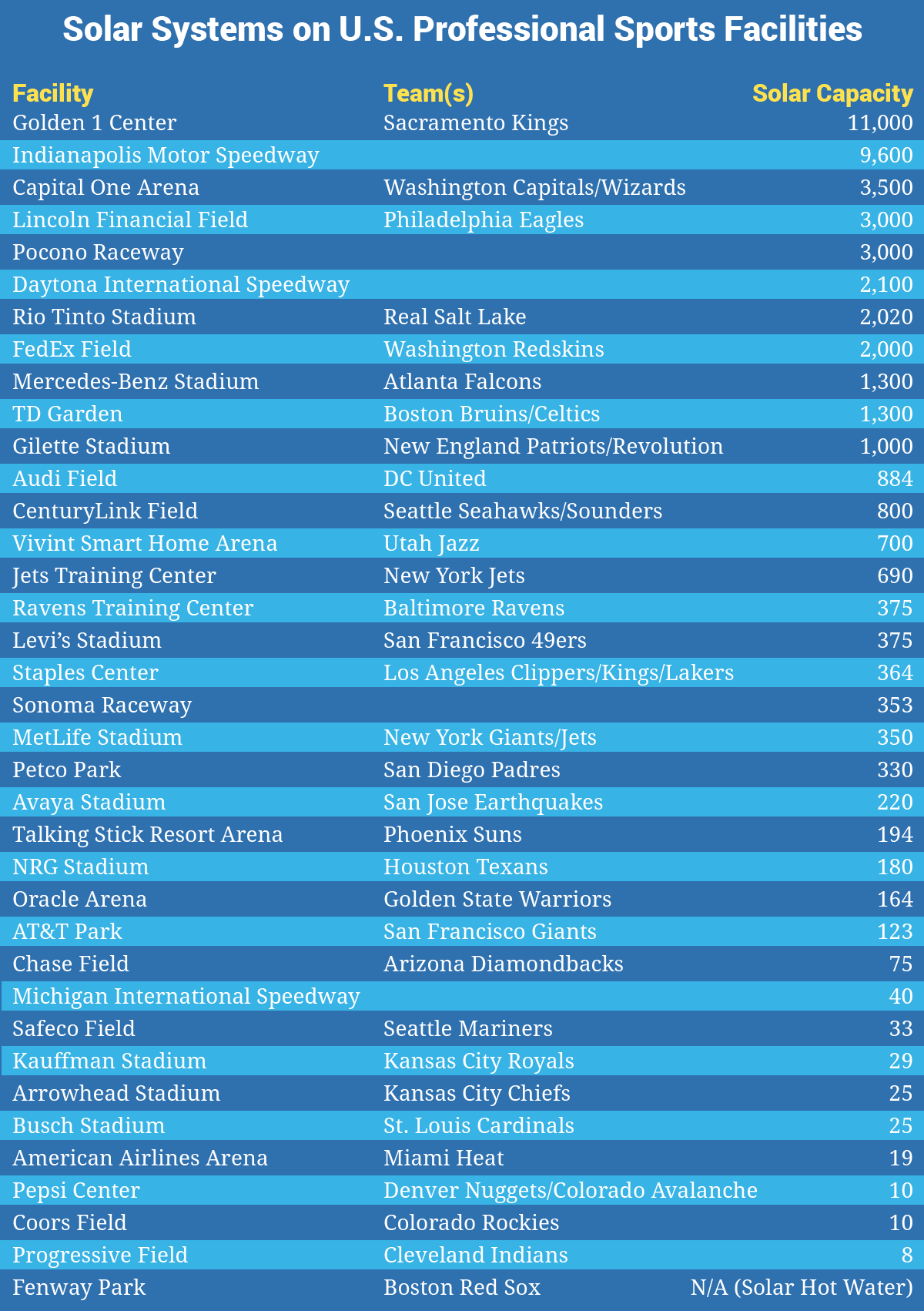 See below for some fun facts to share with your followers about solar adoption at U.S. sports stadiums. 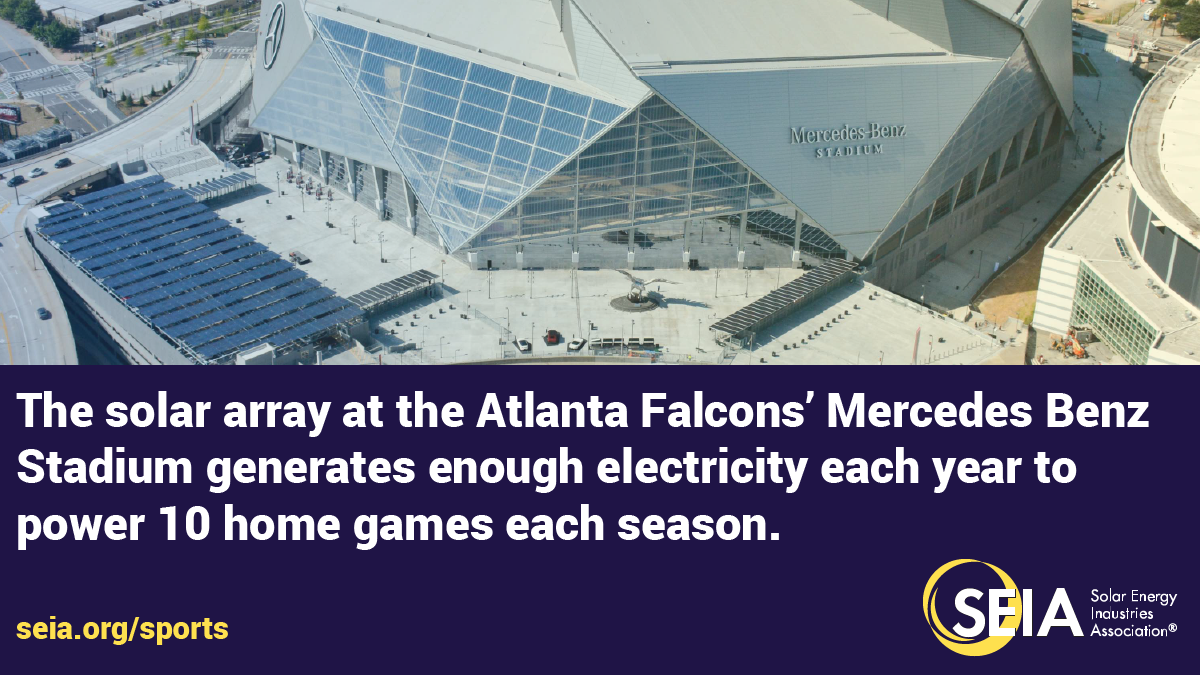 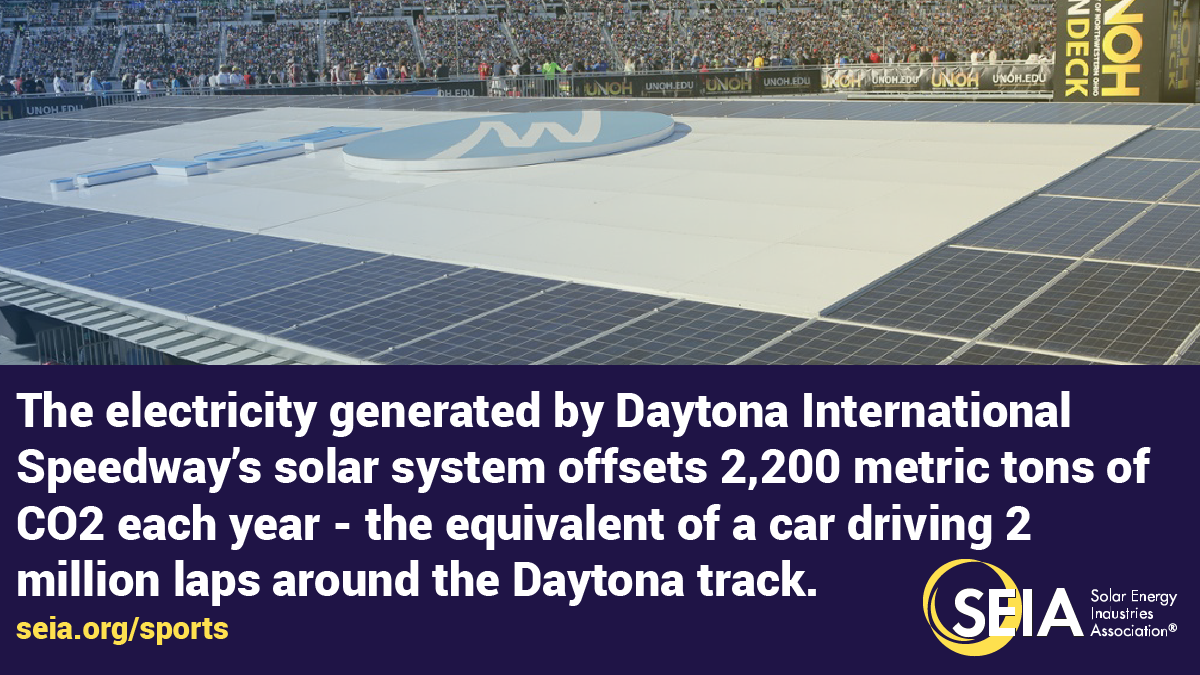 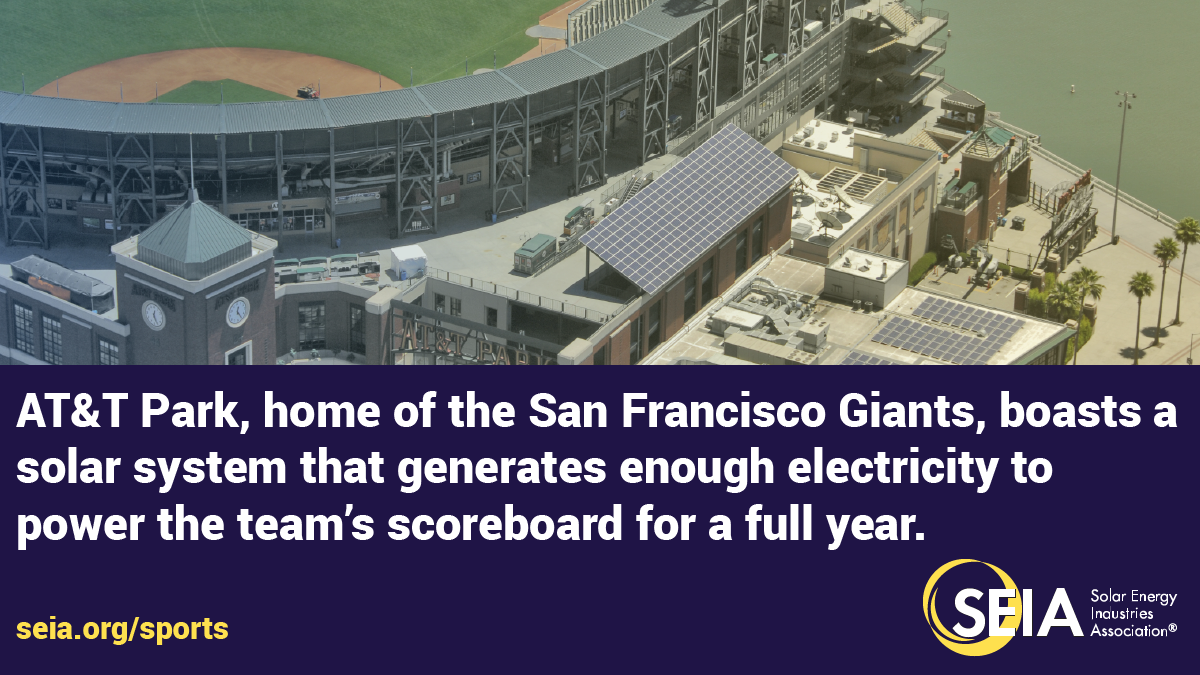 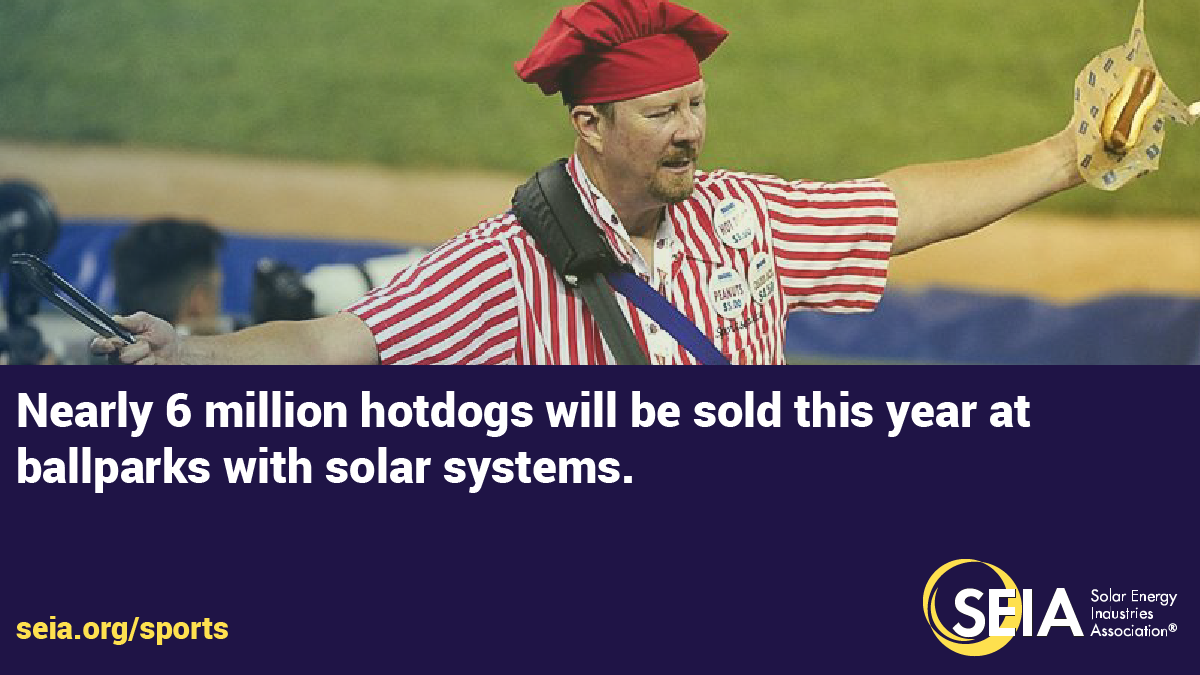 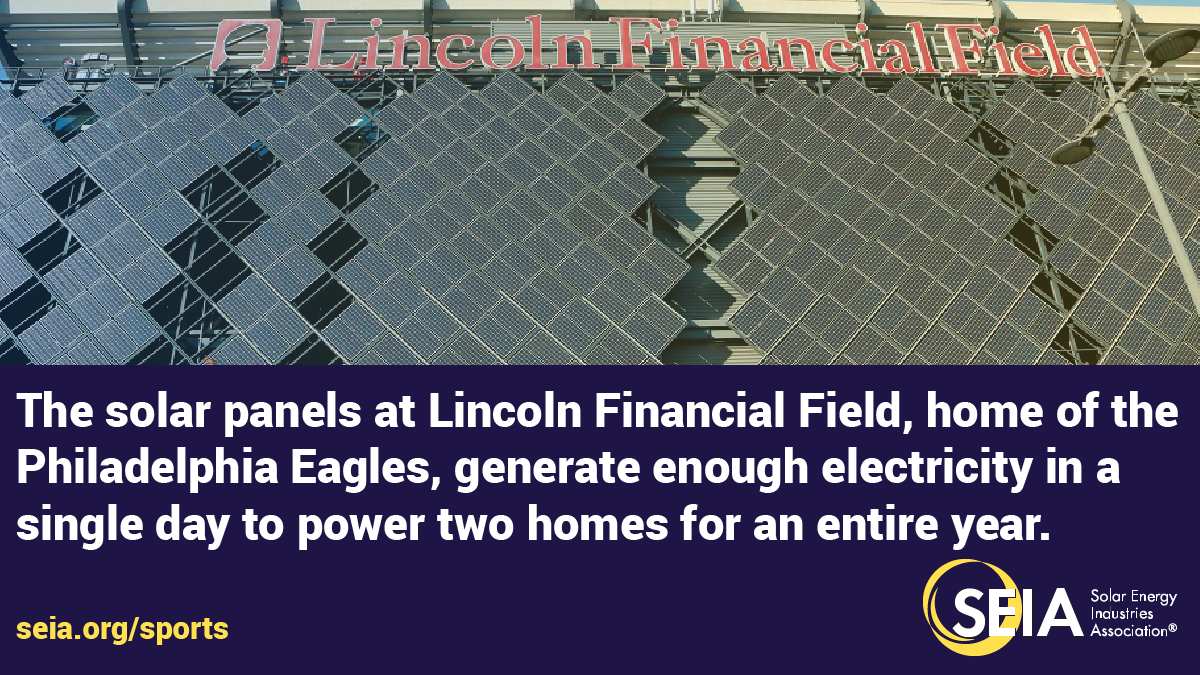