Today’s release of the U.S. Solar Market Insight 2017 Year in Review finds that the solar industry is doing pretty well, even after a year of obstacles, from the trade case to a number of state policy actions.

While capacity installed last year was down from 2016 due to factors like trade uncertainty, PURPA project cancellations and interconnection delays, the 10.6 GW installed account for nearly 20 percent of all currently installed solar in the U.S. Installations last year were up 40 percent over 2015.

The biggest market standout last year has to be the non-residential sector, which grew by 28 percent year-over-year, led by robust community solar pipelines in Minnesota and Massachusetts and major commercial solar procurement nationwide. Minnesota actually installed more megawatts of community solar in 2017 than the total of U.S. community solar installations in all of 2016!

These gains in the states are the real story of this new report. Florida, the Sunshine State, has overtaken New York in the top ten states for installed solar, adding nearly 750 megawatts of PV. That’s double what the state had installed through 2016. 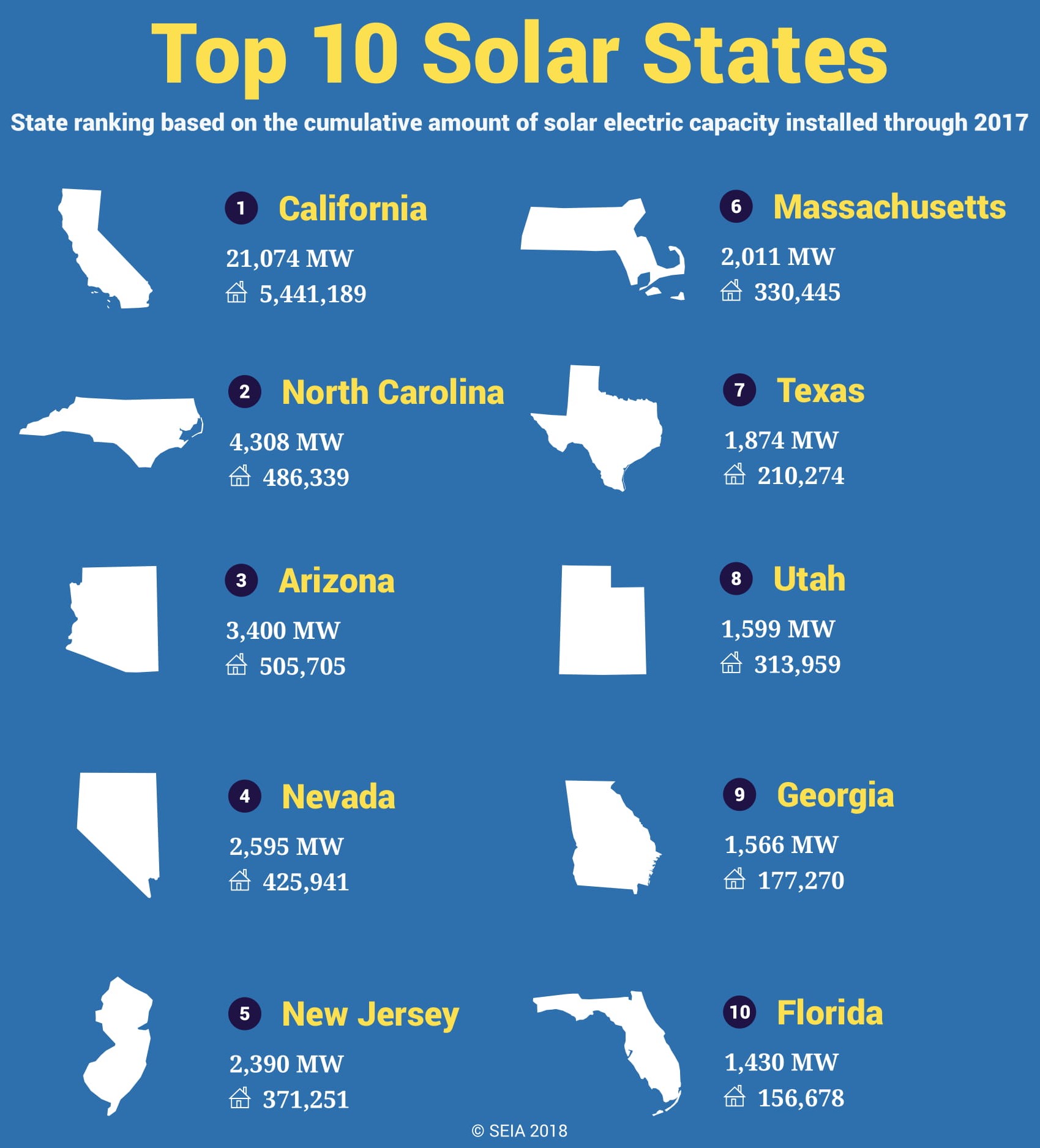 All of this growth caused solar to account for 30 percent of new electric generating capacity brought online in the U.S. last year, second only to natural gas. Look out for solar consistently taking the top spot in years to come. Total installed U.S. PV capacity is expected to more than double over the next five years, and by 2023, more than 15 GW of PV will be installed annually, according to the projections.

Despite obstacles, solar will continue to hum on its way to becoming America’s single largest source of new electric generating capacity over the next decade. SEIA is prepared to lead the industry to those heights. There is nothing in this year’s report that suggests that we are not well on the way.