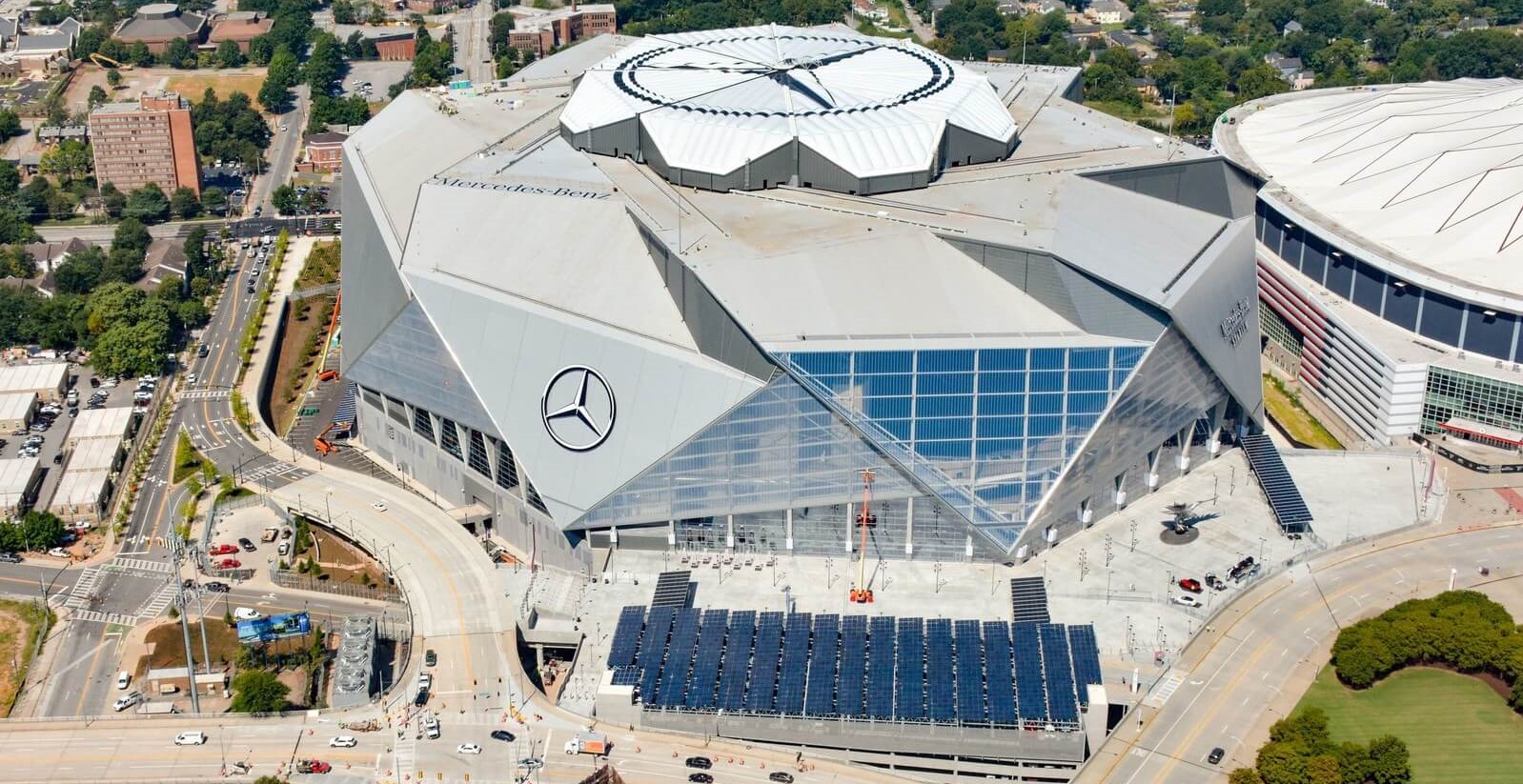 As over 70,000 superfans pour into the sports event of the year this Sunday, they should know what’s making this game possible – solar energy.

The New England Patriots and the Los Angeles Rams will face off during Superbowl LIII at the Mercedes-Benz Stadium in Atlanta, GA. Home to the Atlanta Falcons and Atlanta United F.C., this state-of-the-art stadium hosts over 4,000 solar panels that produce more than 1.6 million kilowatt-hours of electricity per year, enough to power more home games than the Falcons play during the regular season! It is the first sports facility in U.S. history to receive a Platinum LEED certification, the highest “green” rating a building can achieve.

When construction began in 2014, the goal was to integrate efficiency and sustainability into the stadium to make it a leader in environmental responsibility among the sports industry. Georgia Power, an electric utility headquartered in Atlanta, worked with local solar installers, Hannah Solar and Radiance Energy, to turn their innovative, sustainable goals into a reality.

The Falcons are not the only ones in the state reaping the benefits of solar. Georgia is currently ranked No. 11 in the nation for installed solar capacity and the state is projected to add another 2,379 megawatts of solar power over the next five years.

The Mercedes-Benz Stadium is one of many U.S. professional sports stadiums using solar energy to power its events. In fact, every leading sports league in the United States uses solar energy at least one of their facilities, including the NBA, MLB, NHL, MLS, NASCAR and IndyCar. The NFL is leading this category, with 32 percent of stadiums boasting solar. This number is expected to grow across all sports as solar continues to become more cost-effective and accessible.

Check out SEIA’s Solar in Sports report to see if your favorite teams are taking advantage of solar and next time you’re at a game, you can savor it a little extra knowing that it was made possible by the power of the sun!