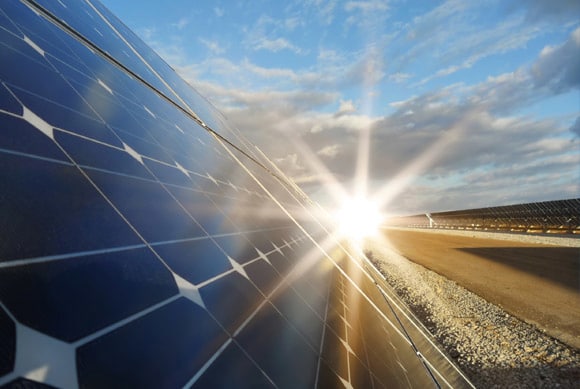 A recent market analysis by GTM Research shows the U.S. market installed 832 megawatts (MW) of new photovoltaic (PV) installations in the second quarter of this year – a whopping 15 percent increase over the first three months of 2013.

So what does this mean?  Well, for starters, there are now 9,370 MW of solar electric capacity in the United States – which is enough clean electricity to power more than 1.5 million American homes, including the White House!

Here are some other key findings of the report:

Today, solar employs nearly 120,000 Americans at 5,600 companies, most of which are small businesses spread all across America, making solar one of the fastest-growing industries in America.

Right now, there are 38 utility-scale, clean energy solar projects under construction in the United States – utilizing both CSP and PV technologies – putting thousands of electricians, steelworkers and laborers to work, while also helping to reduce carbon emissions from power plants.  These facilities, along with rooftop solar on homes, businesses and schools, will generate clean electricity for generations to come.

Considered together, this all adds up to a huge shot-in-the-arm for the U.S. economy.  Yet solar is truly the definition of a “twofer,” because we’re also helping the world to fight climate change.

It’s estimated that the 9.37 GW of solar electric capacity installed this year will offset 9,232,122 metric tons of CO2 emissions annually.  This is equivalent to:  displacing the emissions produced from burning nearly 40,000 railcars’ worth of coal; removing 1.9 million cars from the road; or displacing the emissions produced from burning the gasoline contained in 121,764 tanker trucks.

So with all due respect to the Chinese lunar calendar, the moon this year is clearly being overshadowed by the sun.

Florida Legislation Will Gut the Rooftop Solar Market, Energy Freedom in the State

TALLAHASSEE, Fla. and WASHINGTON D.C. — Legislation filed yesterday in the Florida Legislature aims to end net metering for rooftop solar customers, effectively shutting down this key sector of the state economy and undermining energy freedom for tens of thousands of Floridians.

PHOENIX and WASHINGTON, D.C. — Today the Arizona Corporation Commission decided to eliminate a decade-old grid access fee for residential solar customers in Arizona. The grid access fee, which was imposed by Arizona Public Service, averaged about $100 per year per solar customer and unfairly targeted solar customers under the guise that it cost more to provide them with electricity service.

SEIA joins Sec. Granholm and Sen. Van Hollen to launch SolarAPP+ and discuss clean energy infrastructure. For most of the year, Congress has been working on legislation that can deliver on the President’s Build Back Better vision to create American clean energy jobs and strengthen U.S. infrastructure.