Texas Power Crisis: No Energy Source Alone Is to Blame and There Is No One Answer

Solar and storage help address storm outages and tackle climate change, but not by itself 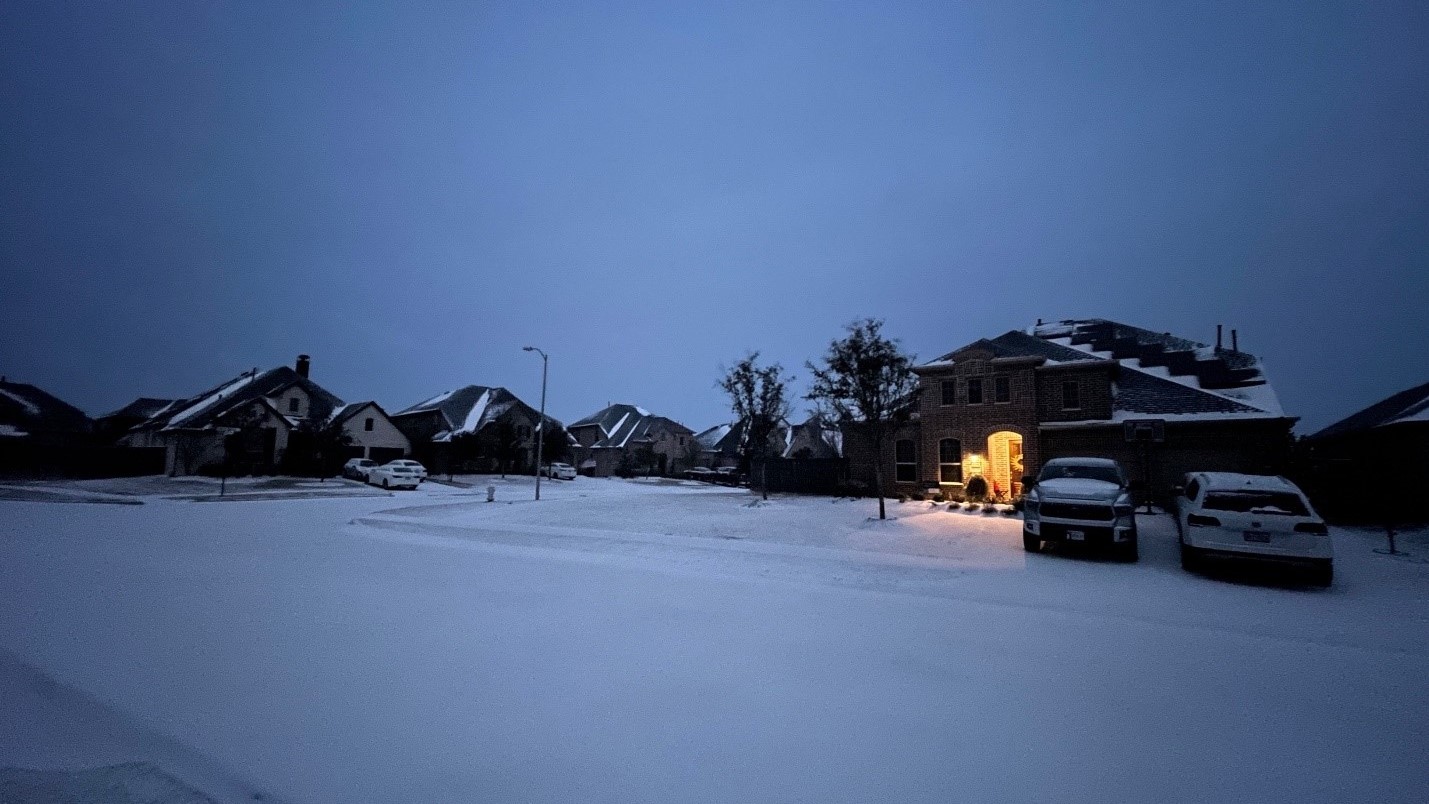 Solar + storage customer keeps the lights on with amid the unprecedented winter storm in Texas. Photo courtesy of Sunrun.

A lot is being said, written and tweeted about the power outages in Texas. Much of it is not constructive and some is fundamentally dishonest. The hot takes and political analysis that are divorced from reality do nothing to help the millions of people who are without power in freezing conditions, nor are they constructive ways of stopping future outages.

While regulators are trying to restore power, and are making initial assessments of what happened, it is clear that solar plus storage can bring needed power to homes and businesses, emergency facilities such as hospitals and fire departments, and whole communities.

Here is one example: 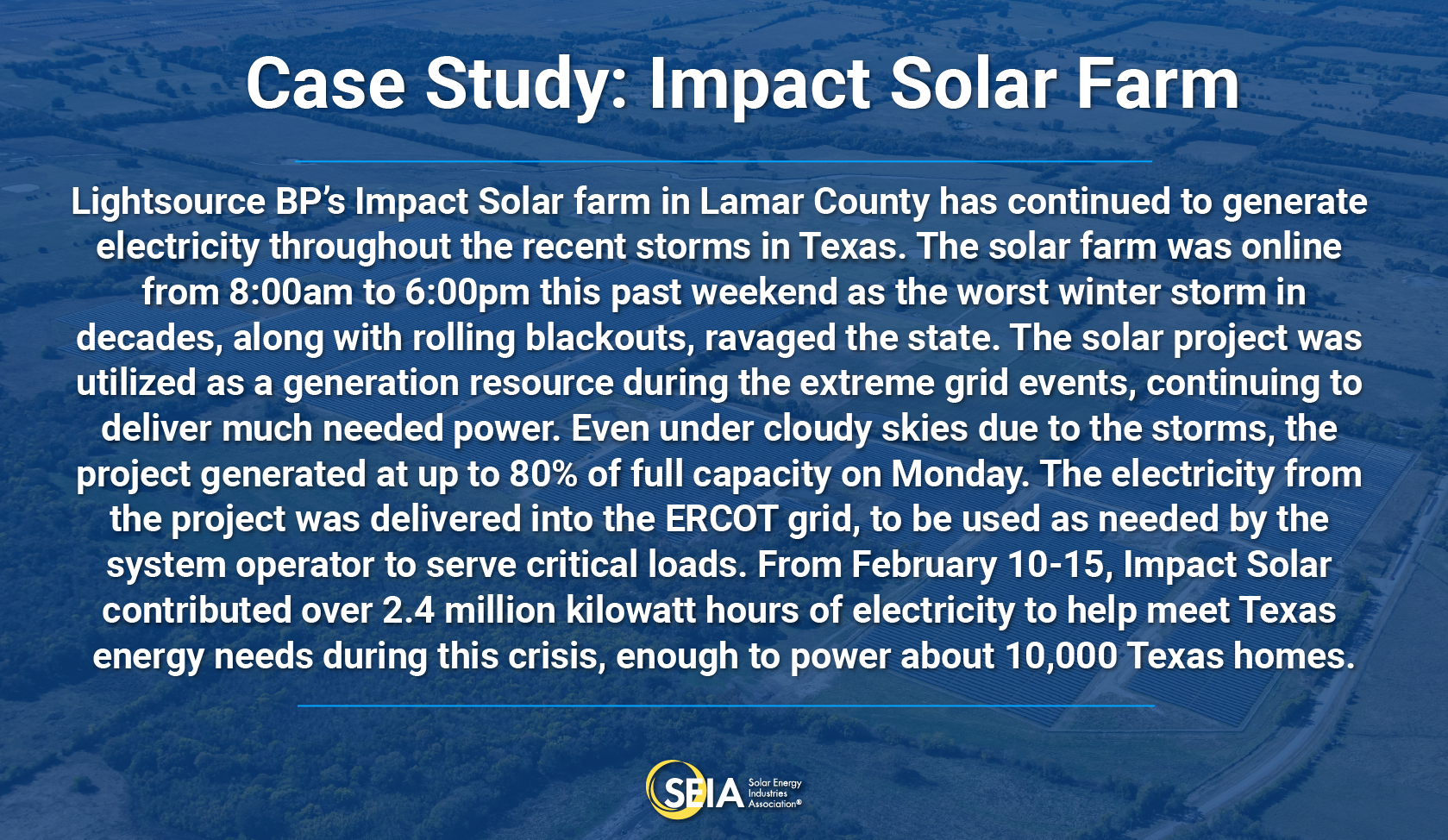 In another example, hundreds of Sunrun customers who have invested in solar and storage have been able to keep the power on and keep space heaters running through the night.

Overall, solar has helped to add power to the system in Texas and elsewhere, and has provided much needed electricity to customers. Solar + storage systems can provide reliable power over 95% of the time. However, there is no question, no one technology fixes the problems that caused these power outages. To meet the climate challenge and provide reliable power, events like this require a full-blown systems approach — solar, storage, distributed generation, utility-scale solar, wind, energy efficiency, demand response, smart chargers, building controls, transmission, and more.

Storms like the ones sweeping through the country have intensified because of climate change. Texas planners didn’t account for arctic temperatures pushing this far south based on changing weather patterns created by a changing climate.

Those saying that a phase out of fossil fuels is the cause are either misleading or misinformed. Solar in Texas, while a small fraction of the resource mix today, has been providing about 1,000 MW more than the grid operator had planned for. For all of the accusations about frozen wind turbines, wind production was close to and occasionally above expected levels over the weekend. As Texas grid operators have confirmed, outages of natural gas power plants were the biggest problem with supply.

According to the Washington Post, Dan Woodfin, a senior director for the Electric Reliability Council of Texas, told reporters “There is significantly more megawatts in that thermal unit category than in the renewable category, as far as what's out during this particular event.”

Freezing temperatures wreak havoc on fossil infrastructure and supplies. Wholesale prices went from about $30-50 per megawatt-hour (MWh) to $9,000/MWh, and natural gas was over $100 per million British Thermal Units (MMBTU) in many places, compared to $2-3. Regions that handle extreme conditions well invest in firm contracts, weatherize their infrastructure and can call upon efficiency, infrastructure and solar investments. Texas, by contrast, failed to weatherize its infrastructure, despite suffering cold-induced power outages just 11 years ago.

One thing is clear, our nation cannot and will not step backwards in dealing with the climate crisis and with the right policies and investments in infrastructure, we can have a power system that is both clean and reliable.

The Inflation Reduction Act Is Law, but Implementation Will Determine How it Works for Decades to Come

The landmark Inflation Reduction Act (IRA) has changed the trajectory of the U.S. energy market, sparking a projected five-fold increase in the size of America’s $33 billion solar and storage industry over the next decade.

ANAHEIM, Calif. — As the U.S. solar and storage industry gathers for the first time in three years at RE+ 2022, the Solar Energy Industries Association (SEIA) is laying out a renewed vision for the next decade of clean energy advocacy after a chain of policy successes, from President Biden’s solar tariff proclamation to the historic Inflation Reduction Act (IRA).