Click here to download a PDF of this factsheet. This analysis was conducted prior to the passage of a long-term extension of the ITC that differed from the assumptions based on these findings. To find out more about the impacts of the extension that was ultimately passed, click here.

Data supporting this analysis can be purchased!  Learn more.

The Investment Tax Credit (ITC) is the solar industry’s most important public policy. As such, SEIA commissioned an independent analysis from Bloomberg New Energy Finance (BNEF) to analyze the impact of the ITC on the industry – and what the U.S. stands to lose if Congress lets this policy expire in 2016.

The BNEF analysis is based on two scenarios: 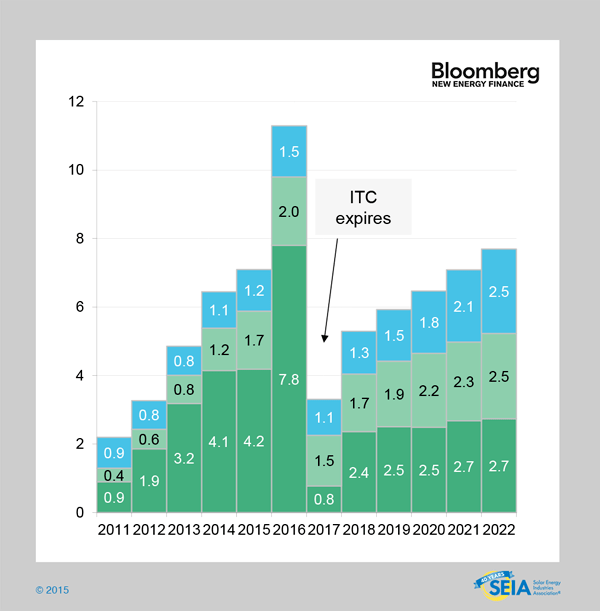 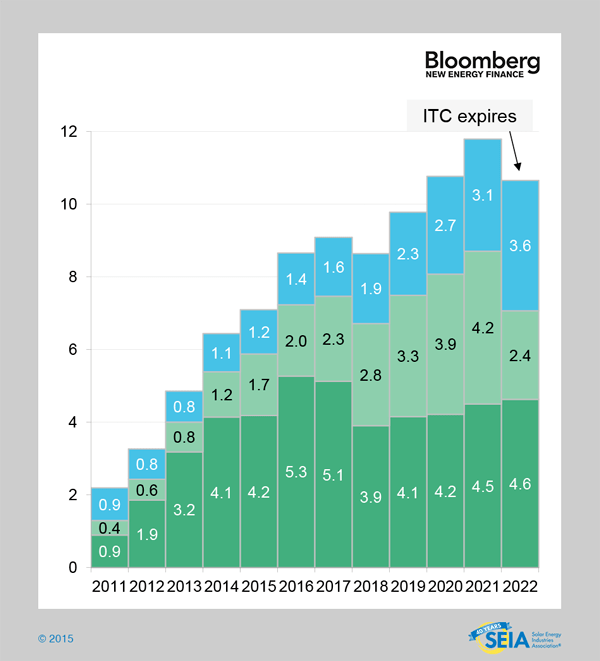 However, if the ITC is extended, more than 69 GW of new solar power would be built across America between 2016 and 2022, representing a 22 GW increase over current policy.

What an ITC Extension Means

If the ITC is extended, by 2022 more than 95 GW of solar power will be installed in the U.S., generating nearly 144 Terawatt-hours (TWh) of electricity each year. This means that:

The “ITC cliff” in 2017 under current policy is far steeper than the drop following the end of an extension in 2022. The 2016-17 drop represents a 71% decline in solar deployment, but under an extension scenario, due to lower prices, commence construction language and industry maturity, the drop is only 10% from 2021-22. 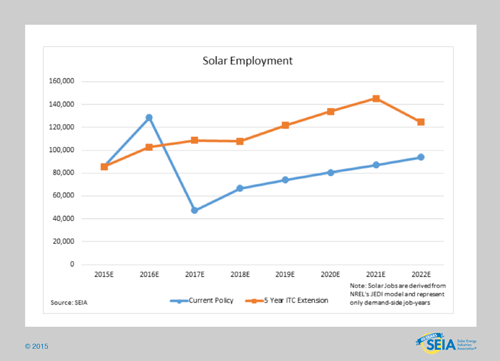 Total investment in the U.S. economy from solar during 2016-22 is projected to be more than $124 billion, $39 billion more than if the ITC expires.

[1] Solar jobs are derived from NREL's JEDI model and represent demand-side job-years.  They are not comparable to the Solar Foundation’s job census which counts both demand and supply-side jobs and uses a different methodology.  For more information see http://www.nrel.gov/analysis/jedi/ and http://www.thesolarfoundation.org/solar-jobs-census/.”